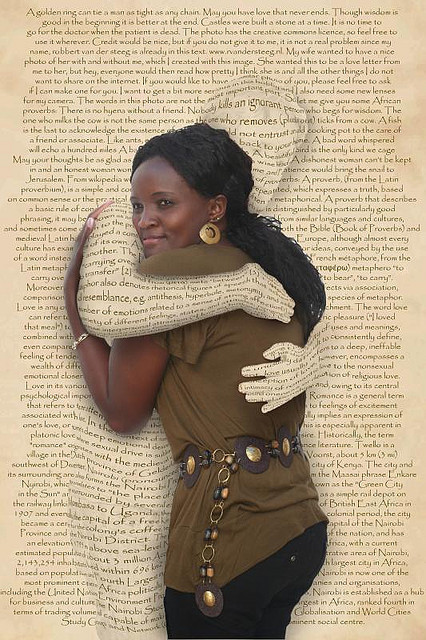 As young Africans, there is a certain responsibility when telling a story. We are in a unique position – a fresh perspective, a rich history, natural beauty, endless potential. So the time is now to tell our stories.

These are my five pieces of advice for young African writers.

1)      Know thyself, and tell your story – because if you don’t do it, no one else will. This seems so simple, and should definitely not be limiting. However, why are we as Africans not more proud to be privileged enough to tell our own tales. Sites such as eufrika are essential for getting the African point of view across, from Africans’ points of view. This is another simple, yet critical point. Speaking for the “other” has come under fire, especially in recent years, especially in literature.  This is exactly why Achebe and Soyinka were such “visionaries” for simply doing what other non-African writers before them have been doing without scrutiny. So what’s stopping you, young writer? Your story, no matter how small you think it is, needs to be told, by you.

2)      Question your history + Crucify your heroes  – These two were too similar to have as separate pieces of advice; they are, however different.

Maybe Nelson Mandela sold out his country. Maybe Thomas Sankara was a kooky, aloof womaniser. Maybe Robert Mugabe is not the staunch anti-Britain activist he’s been accused of. Maybe Muammar Gaddafi was not as crazy as he’s been called.

Writing against the popular narrative is not the popular thing to do for a reason – you have entire national histories and canons against you. But why not? If the proof is there and you can do it lucidly, question what has always been said is true. Critical thinking and popular thinking hardly ever exist in the same thought.

Even if you are reporting on something that to some is seemingly frivolous like Fashion Week, or if you’re writing a fictional tale of love set in your city or with an African protagonist, the details that you do or don’t include matters. If you don’t include anything overtly “political”, then that is significant, but should not warrant judgment from others. It is, however, something of which the writer must be aware.

4)      Ignore the West, and then listen to them (in that order) – By this I mean the Western world, also referred to as “the (geographic) North” by some of my academic peers. America, Europe and the rest of “the First world” have an important place in our histories, and presents. However, we should be the ones who define our thinking, not the other way around. To completely ignore the West is not possible, because we live in a connected world, but it is essential for critical thinking. For too long African writing, from sociological research to the norms of literature and even the language of academic writing has been dictated by what was seen as the right way. No one ever said that that way couldn’t be rewritten.

5)      Have fun! – This is the most important one. Writing is fun; it’s important; it’s special and critical and essential for debate, stimulation and change. However, if it’s boring and staid, no one will want to read your work. This does not equate to frivolous, or not meaningful. It does mean that you should take what you do seriously, but not take yourself too seriously.