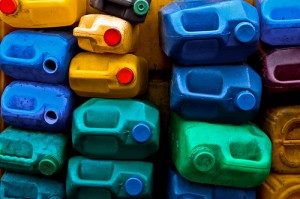 Last week Friday, Zambian energy minister Christopher Yalume announced a fuel support for Malawi. According to his statement, Zambia would support Malawi with five million litres of fuel. Now this fuel has officially been delivered and handed over. But the question of payment still seems to remain unclear.

The delivery, which had been announced in a statement released in Lilongwe, was meant to help the Malawian nation to manage the ongoing funeral arrangements of former president Mutharika and make a certain amount of fuel accessible for the public. Since last year’s January, Malawi experiences chronic fuel shortages that contributed their part to the arisen dissatisfaction among the population. Long queues at the local filling stations already rule the scene for a long time. The five million litres of fuel are now to be distributed in the whole country.

After rumours emerged about the fuel supply being a generous donation of the Sata government in Lusaka, it still remains unclear how the Malawian government is exactly to pay it back. Malawian media reports state that the fuel will be sold at the current pump prices. That could fetch about 1,9 billion Malawi Kwacha (US $11.4 million). These proceeds are to be used for paying back the loan and besides that paying expenses incurred during the funeral of late Malawian President Bingu wa Mutharika. Since a week, his body can be seen in several cities in Malawi.

But only paying back the fuel loan itself will not be enough. The transport costs of the five million litres are enormously high. For the total transport from Zambia to Malawi, about 500 tankers were needed that are basically paid by the Zambian taxpayers. So in total Malawi will have to pay about seven million US$ back, five million for the fuel itself and approximately 2 million for the transport.

Since it remains to be seen how the exact payback procedure will take place, one thing is certain: the fuel is no donation but a loan given to the Malawian government. Further discussions about the exact mode of payment will be carried on after the funeral.