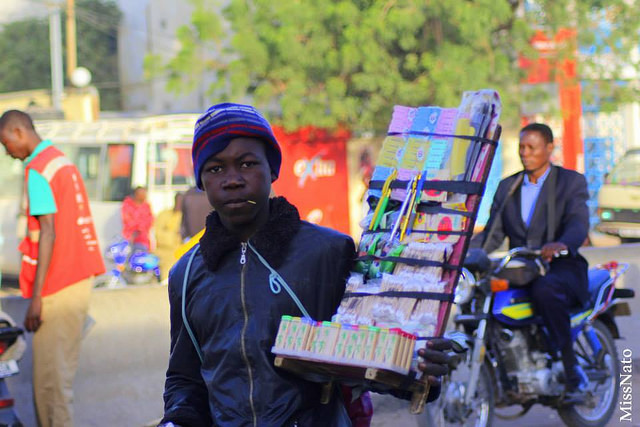 In the past few years, there has been much talk about “Africa rising”. In late 2011, The Economist (traditionally sceptical of Africa, which it had routinely described as the “hopeless continent”) published a cover that is probably jealously kept in most government offices from Cape to Cairo: a young boy flying a rainbow-coloured kite in the shape of the continent with the headline “Africa rising”. The British magazine pointed out what conventional statistics revealed: “Over the past decade, six of the world’s ten fastest-growing countries were African. In eight of the past ten years, Africa has grown faster than East Asia.” [1]

For the Financial Times, Africa is “calling” investors from all over the world eager to take advantage of a “flourishing market”. [3] The Economist, Time and FT articles were preceded by a 2010 McKinsey report on Africa aptly titled “Lions on the move”. [4] But is Africa really rising? If one looks at the gross domestic product (GDP), then the answer is yes. Of the world’s top 10 countries in GDP growth rates for 2012, four are African. Libya tops the list, with over 100 percent GDP growth in 2012 (that means the economy doubled its size in one year), followed by Sierra Leone (around 20 percent growth), Niger (11 percent) and Ivory Coast (10 percent). Other fast growing economies include Angola, Chad and the DRC. But GDP tells us nothing about the health of an economy, let alone its sustainability and the overall impact on human welfare. GDP is simply a measure of market consumption, which has been improperly adopted to assess economic performance. [5]

Rebuilding Libya after the civil war has been a blessing for its GDP. But does that mean that Libya is on an enviable growth path? When there is only one brick left in a country devastated by war or other disasters, then just making another brick means doubling the economy (100 percent growth). Another problem is the reliability of GDP statistics in Africa. Economic growth figures for most African countries are incomplete, thus undermining any generalisation about overall economic performance in the continent. [6]

Besides statistical problems, there are important structural reasons why one should be suspicious of the “Africa rising” mantra. Most fast-growing African economies are heavily dependent on exports of commodities. According to the IMF, Africa’s natural resources account for the bulk of GDP growth in the continent, with peaks of over 40 percent in the more resource-rich countries. [7] This means that when commodity prices drop at the global level, African economies languish. More dangerously, it means that the “growth” we have seen in the past few years is largely the result of a statistical mirage. Most natural resources in Africa are not renewable: once they are taken out of the ground, they do not grow back.

GDP does not measure the “loss” of selling out the most precious resources African countries possess. What would the picture look like if such losses were integrated into GDP? The World Bank 2013 adjusted net savings statistics – which subtracts from GDP the value of natural resources revenues that are not reinvested in human capital and infrastructure – gives us the following: African countries have been depleting their wealth to the tune of 1.2 percent a year. Rather than growing, our continent’s economies have been shrinking. Sierra Leone has experienced net savings losses of about 20 percent; Angola, of 40 percent; Chad of 50 percent; and the DRC of over 57 percent. [8] These numbers would be even higher if one were to measure the absolute depletion of natural resources, not only that section that is not reinvested in the real economy (as the net savings approach does).

For many investors, African economies present opportunities and challenges. With the rising influence of the so-called “emerging economies” and their need for energy and raw materials, a new investment “scramble” is taking place in Africa. Unsurprisingly, most investment in the continent focuses on the commodity sector, with China accounting for the lion’s share. Huge energy projects, such as the Inga Dam in the DRC, have also attracted billions from international financial institutions and private investors. As African societies urbanise, investment has also targeted productive activities dealing with more conventional consumer goods and services, from retailers to banking. While acknowledging the variety of investment opportunities in the continent, one should be wary of the conclusion that this is necessarily contributing to the wellbeing of Africa. A joint report of Global Financial Integrity and the African Development Bank estimates that, between 1980 and 2009, Africa lost USD1.4 trillion in illicit financial outflows and corrupt deals. [9]

That is more than three times the overall foreign aid received in the same period. Those economists concerned about the influence of aid on corruption should be much more worried about the impact of the type of GDP growth they celebrate. The Africa Progress Panel chaired by former UN chief Kofi Annan also reports that our economies are plagued by the aggressive attitude of companies (local and foreign-owned) that exploit the continent’s vast natural resources through overt and covert mining operations, under-priced deals and mismanagement. [10]

The DRC, one of the fastest growing economies in GDP terms, is also the country with the lowest Human Development Index in the world. Its life expectancy and literacy rates are at the bottom of the global ranking. It lost over USD1.4 billion through under-priced deals in the mining sector. Economists proudly point our attention to Africa’s growing middle class, but they do not tell us that statistical surveys carried out in the continent consider to be middle class any household spending more than USD 2 a day. [11]

What does this growth really cost

With such a threshold, everybody is middle class, also those who live on bread and water. The real costs of growth in Africa are the elephant in the room of the world’s economic debates. Pundits of all sorts simply pretend these costs do not exist. The current GDP paradigm sacrifices nature, which must be commoditised to become productive. It also neglects important components of the economy, such as the informal sector, that are not part of the formal market system. Policies that are designed to support GDP growth thus replace the informal (e.g. street vendors, subsistence farming, flea markets, family businesses, household production) with the formal (e.g. shopping malls, commercial farming, large infrastructure. While some can take advantage of this concentration of wealth, many are left behind. The OECD has confirmed the intimate link between rising inequality and GDP growth across the world. [12] This is further amplified in those countries where the informal economy provides a fundamental safety net to many poor households, as is the case throughout Africa.

Perhaps this is why many Africans do not seem impressed by the official statistics. The Afrobarometer, Africa’s largest public opinion survey, released new data in October 2013 that show widespread dissatisfaction with current economic conditions despite the vuvuzelas [13] of the “Africa rising” cheerleaders. [14] Across the 34 countries surveyed by the research, a majority of respondents (53 percent) rate the current condition of their national economy as “fairly” or “very” bad, while just 29 percent offer a positive assessment. Only one in three Africans thinks economic conditions have improved and most respondents (over 70 percent) believe governments have done a “fairly bad to very bad” job at improving living standards and narrowing income gaps. According to the team that conducted the study, “lived poverty” (as opposed to the nominal wealth indicated in GDP) remains pervasive across the continent. They suggest that, if real growth is occurring, then “its effects are not trickling down to the poorest citizens” and “income inequality may be worsening”. Alternatively, actual growth rates may simply “not match up to those being reported”.

With slightly more than one year before the 2015 Millennium Development Goals assessment, the data suggest that significant numbers of Africans still fail to meet their most basic needs. Most respondents report shortages in medicine and medical services (53 percent) and food (50 percent). Way too many still experience shortages of clean water (49 percent) and go without cooking fuel (42 percent). And for a significant percentage of people, these shortages are happening on a regular basis (repeated shortage of water for 21 percent; lack of medicines for 20 percent; no food for 17 percent). While complacent politicians, economists and the media celebrate Africa’s GDP miracle, another part of the continent is rising. Disillusioned with the limited gains of market society, many Africans are raising their collective voices, whether through service delivery protests (as is the case in South Africa) or through permanent mobilizations (as we have seen in North Africa). This could very well be the beginning of a new era in which more and more citizens repudiate an economic model that is losing traction also in conventionally “developed” societies to explore new forms of human progress. Social cohesion, food sovereignty, energy democracy and ecological wellbeing should become the cornerstones of a new, truly African concept of development.

Various elements of Africa’s local cultures – from the widely heralded (and often abused) concepts of ubuntu and SharÊÑah to traditional experiences with co-operative schemes of production and consumption, communal care structures, small-scale agriculture and community-driven governance – may provide fertile ground for localized and decentralised forms of development, in which enhanced human capabilities will overtake nominal income as the key objective of economic progress. Moreover, the abundance of solar energy should make it possible for entire communities to become energy independent through small-scale off-the-grid solutions, thus reinforcing a transition to a citizen-driven development model, rather than an economic paradigm based on the exploitation of nature and mass consumption.

The supporters of the “Africa rising” discourse worship GDP because it gives them a sense of how fast market economies can go. It is a global race that reduces citizens to passive spectators. But as Gandhi once said, “speed is irrelevant if you are going in the wrong direction”. The real African renaissance is becoming possible through the daily contestations of those who are committed to rethinking the fundamental principles and objectives of the current development paradigm.

This article was first published in “Perspectives Africa: Political Analyses and Commentary 1 (2014)” under CC BY-NC-ND 3.0

Lorenzo Fioramonti is professor at the University of Pretoria, South Africa, where he directs the Centre for the Study of Governance Innovation. He is also senior fellow at the Centre for Social Investment of the University of Heidelberg and at the Hertie School of Governance (Germany) and associate fellow at the United Nations University. Lorenzo is the first and only Jean Monnet Chair in Africa, a prestigious recognition awarded by the European Commission. In 2012, Lorenzo received the UP Exceptional Young Researcher Award. His most recent book is Gross Domestic Problem: The Politics Behind the World’s Most Powerful Number (Zed Books 2013), which deals with the political interests behind the gross domestic product and the dogma of economic growth. His research interests range from comparative regionalism to civil society, the governance of the commons and alternative political economies.

5 For a comprehensive critique of GDP, see my book: Gross Domestic Problem: The Politics Behind the World’s Most Powerful Number, London: Zed Books, 2013.

11 Ncube M, The Middle of the Pyramid: Dynamics of the Middle Class in Africa, Tunis: African Development Bank, 2011.

13 A plastic horn mostly used by South African football fans to cheer on their teams.

14 Dulani B, Mattes R and Logan C, “After a decade of growth in Africa, little change in poverty at the grassroots”, Policy Brief No. 1, Accra: Centre for Democratic Development, 2013. Available online: <www.afrobarometer.org/files/documents/policy_brief/ab_r5_policybriefno1.pdf> (accessed 27 October 2013).