It has been a while since eufrika.org announced the countdown for AfricaHackTrip. Since then, the bunch of web designers and programers keen about learning from  and about the increasing hacking scene in East Africa, has already completed its first chapter of the trip. So far, it has been a big succes with many participants stating that it was an extraordinary get-together with people from different backgrounds but the very same fascination for web designing and programming.

After having completed the first two events of Barcamp and Hackathon in Kenya’s capital Nairobi, the group headed to neighboring Uganda. Particularly the first Hackathon was a great succes.  According to Victoria Wenzelmann, one of the organizers:

[...] hackathon day was also one of those really good ones! We feel like a network for continuous exchange is really evolving. People brought their own projects to the table, and it was a super diverse range of topics, which still all fell under the broader theme Hack & Design Together. And so we did just that.”

Meanwhile, the group arrived in Kampala and was recently busy with their second edition of the Barcamp at Outbox, the second Hackathon to follow soon. Similar to the Barcamp in Nairobi, about 50 participants gathered in Uganda’s capital to get into discussion with their peers about a broad range of web related topics.

Already at this early stage of the trip, AfricaHackTrip can obviously be seen as a great success for both the organizers as well as the local designing and programming groups and communities. Developer Martin Stadler reviews the past events in one of his recent statements:

The events were a huge success. I think all of us share the feeling that things worked out even better than we dared to hope when we started the project.

[...] The feedback for our events made us really happy and showed us that we are doing it right. Many participants pointed out that they enjoyed the collaboration and asked for more events of that kind. The approach of self-organized community events doesn’t seem to be so common here and we hope that members of the community step up and continue this exchange. It feels so rewarding that our format is greeted with so much enthusiasm.”

While the team already gathered extensive photo footage during their trip, Alexander Lang also films the whole trip around Lake Victoria. After the first chapter in Nairobi was finished, he came up with a first clip documenting the very first sessions in Kenya. Check out the video below and enjoy the first impressions of AfricaHackTrip und check the dates for further events below: 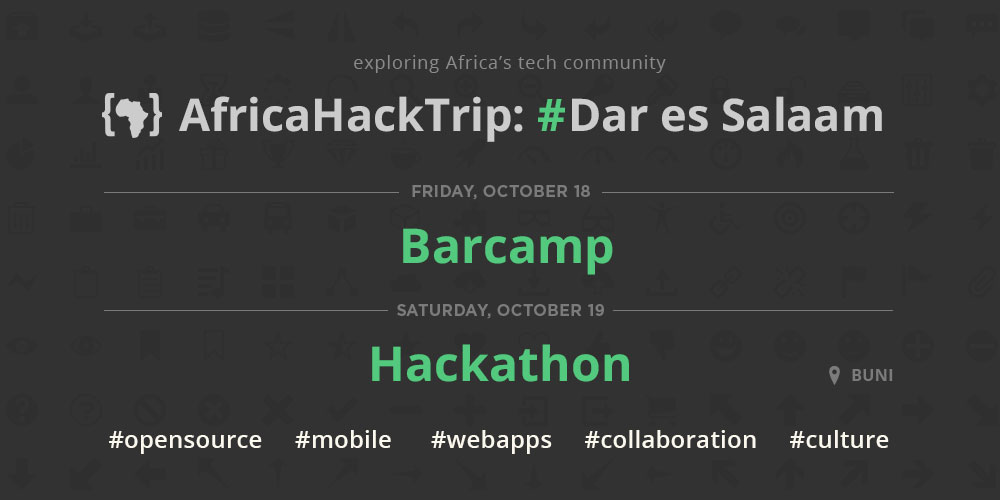