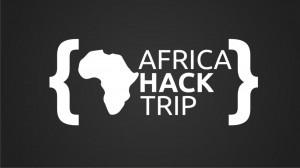 A group of software professionals from Europe is preparing for an unconventional road trip: Although they have been successfully collaborating with tech hubs all over the world for years, Gregor Martynus and ten other developers and designers only recently learned about the many hubs emerging in various African countries - a rich and fast growing source of creativity. They decided to find out what their African peers are up to by going on an AfricaHackTrip.

It all started with an article on Africa’s emerging technology hubs by Erik Hersman, co-founder of Ushahidi and iHub and one of the masterminds behind the newly-released BRCK. There are more than 50 tech hubs, labs and incubators in more than 20 African countries. Hersman concludes:

The tech hubs in Africa provide a home for those with new and innovative ideas, create an atmosphere where they are encouraged to try new things, and most importantly are able to meet like-minded individuals they can grow with."

The article triggered a thought: "Oh wow, there are hubs like ours in Africa!" The thought immediately triggered a question: "Then why don't we know the people that work there?" The question triggered a tweet, and a project was born.

The group surrounding Gregor Martynus digged deeper - and stumbled upon a booming digital scene full of young entrepreneurs who seem to organise work pretty much the same way they do: in coworking spaces. Those spaces, or hubs, are a perfect opportunity to share skills, explain various solutions, develop new ideas together and learn from each other.

The Concept of Coworking

Big businesses in ICT offer their developers work spaces that look and feel very different from your average office to enhance creativity and innovation, the stuff that makes digital wheels turn. Freelancers do not have access to those infrastructures but need the same stimulation through collaboration, so they get together and create their own spaces - like co.up in Berlin, or Coworking Cologne, where some of the participants of the #AfricaHackTrip work on their projects. In Africa, innovation happens at places like iHub in Nairobi, or @The HUB Kampala. There are buzzing networks connecting hubs within borders - one European example would be coworking.de, an African one AfriLabs - but there is not much exchange between Europe and Africa yet.

The concept of coworking is a young one, but it grows fast and globally. Apart from just sharing infrastructures, it is regarded as a true grassroots movement of self-propelled education, aimed at making the best of all the technological progress in a worldwide connected environment. Examples would be RailsGirls Berlin, who use the co.up for their workshops, or AkiraChix who meet at iHub Nairobi. There is huge potential in this cost-efficient community system for start-ups in Africa. Or in the words of Erik Hersman:

African governments aren't fast or savvy enough to build the infrastructure needed to support this type of entrepreneurial tech activity. Academic institutions are woefully behind in teaching skills for computer science and design. So where do people like Pule and Katy go? What mechanisms support their start-ups and connect them to capital, businesses and their peers?"

To find out how (digital) things are going over there, the group of developers decided to simply make a move and bridge the gap between Europe and Africa: They started the AfricaHackTrip which will bring them to Kenya, Uganda, Rwanda and Tanzania in September and October 2013.

Developing software with African peers is not a development project for them, they just want to get connected face to face with Africa's fast growing scene of software developers to meet, learn and share. The ultimate goal is to have creative minds connected over borders, from Berlin to Beirut, from Cologne to Cairo, from New York to Nairobi. So the only question left is: Wanna meet? Get in touch

To learn more about the project and its participants, you might want to have a look at AfricaHackTrip.org

We are a group of developers & designers from Europe and the United States, curious about the emerging African tech hubs we keep hearing about lately.

We decided to explore the African tech communities ourselves in October 2013. We’ll share our impressions with a video documentary.

Our goal is to kick off a continuous exchange with tech communities in Africa."