When I was a kid, my mother told me I would have to work harder in this life because I was black girl – a warning I am sure many others of my gender and race have received. I should mention that, at the time, I was living in a country where the majority of people were white. As I grew up, I heard the same message in the media – on the news, blogs, in songs and films – it was clear that everyone believed that at the top of the economic food chain were rich white men and at the very bottom were poor black girls.

I moved to my country of origin, Rwanda, when I was 22. It is a small developing country at the heart of Africa that has been recognised for its impressive economic grown in the last decade. As a young adult, I found myself in a world full of charities and NGOs that had pictures of girls that looked just like a 10-year-old me, only no one had brushed their hair or got them to put on their prettiest clothes before taking the picture. I read disheartening statistics that told me that most girls my age and from my region had already given birth to their first child, had dropped out of school, had been subject to sexual violence, domestic abuse – do I need to go on? So what happens to me – a university-educated, single, entrepreneur with a face that world believes belongs to a victim?

This is what happens: rather than suffering the negative discrimination I was promised, the opposite has happened. People want to help me – not because they think I’m intelligent, or driven, or skilled – but because they believe I must need it, being an African woman. I can’t tell you how many times I have been approached (often by white men), with offers to invest in my business or with other valuable opportunities before they’ve had had a chance to get to know me or my business – to know if I really need it or even deserve it. On top of the freebies thrown at me, I often get asked to represent groups that I am a part of, because having a young black woman on the cover will give the impression of diversity and goodwill. You see, as an African woman, there are many people who want to help you through “the struggle” (or at least be photographed helping you through it).

Contrast this with the issues faced by the young white men here in Rwanda and in other African countries. The prejudice they face is that they are all rich, hard working and of course, very generous! I can’t tell you how many times I have been asked by some of my African friends to ask my white friends to help them out financially – a scholarship, a job, a gift, etc. On top of this, white men (and women, too) are often subjected to “muzungu prices” – inflated prices believed that only a white person can pay – no, should pay, because, after all, they have more money than they know what to do with, right? Interestingly, many of the white friends I have in Rwanda are missionaries and volunteers (a few are business people but I don’t know if they are rich… and if they are, they haven’t told me!). The other day, a friend of mine, a white woman, visited Rwanda from the UK. Soon after I was seen with her, I was asked by a Rwandan friend to get my British friend to sponsor her child’s education. She did not ask me if my British friend could afford it or if she was the kind of person to do that – she had seen enough when she saw the colour of her skin.

Many Rwandans have a glorified image of white people – and why wouldn’t they? After all, when we Rwandans visit Europe or America or Australia, we take photos in the capital cities, in front of gleaming skyscrapers, expensive cars, and posh houses. To pose with of a random child playing in the dirt or a homeless man in rags sitting in the street and make that our Facebook profile picture would seem ludicrous!

As a result, white people visiting Africa continue to suffer under the stereotype that they all live on 100 dollars a day. Meanwhile, rich – well, okay, I’m not rich so let’s say “financially stable” –  black girls like me must continue to have money thrown at us. So, I guess you’re wondering – what’s the secret? How can you know whether or not a white man that just walked by is here on an expensive holiday or a missionary trip? How can you tell if that black girl is wearing torn jeans as a fashion statement or because she can’t afford new ones? Well – here’s the secret: get to know them! 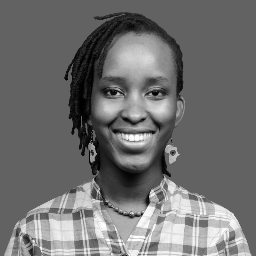