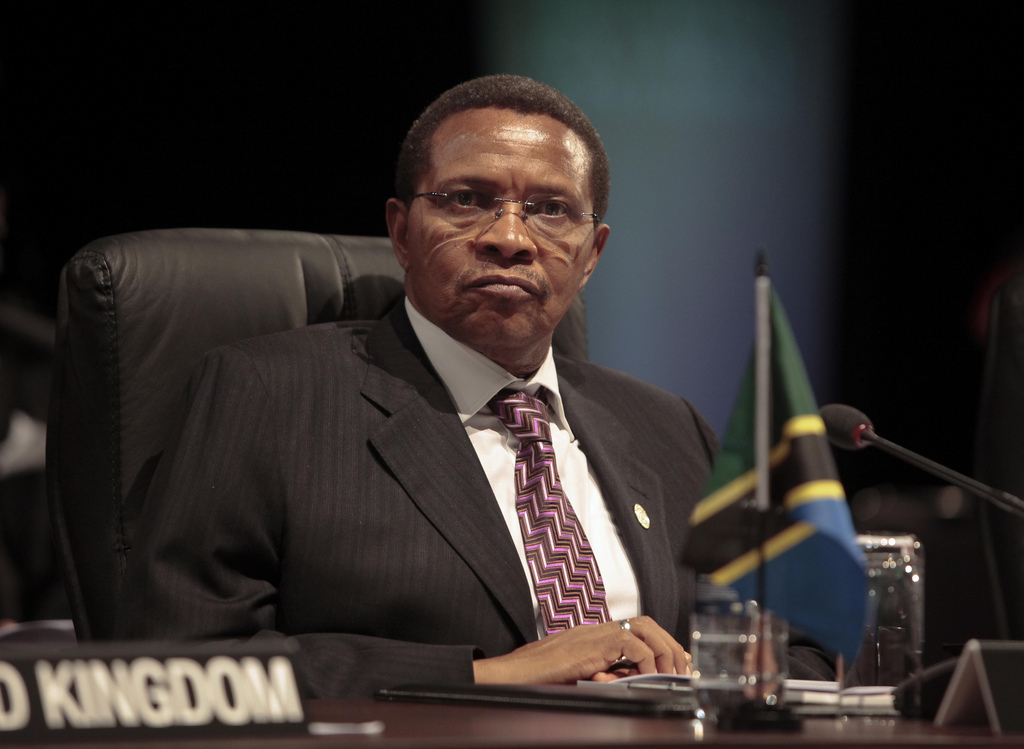 Disunity within Tanzania’s ruling party could be a cause for frustration, but it could also lead to some positive soul-searching.

At the start of this month, during celebrations marking the 37th anniversary of Tanzania’s ruling party, President Jakaya Kikwete called for unity and solidarity, warning that without it Chama Cha Mapinduzi (CCM) could suffer at the polls in forthcoming elections.

CCM was created in 1977 through the merger of Julius Nyerere’s Tanganyika African National Union (TANU) with the Zanzibar-based Afro-Shirazi Party (ASP), and it has ruled Tanzania ever since. It has long towered over Tanzania’s political landscape and since the adoption of a multi-party system in 1992, CCM has dominated every single election.

When it comes to this year’s local government elections and next year’s general elections, however, President Kikwete seems keen to ensure the party doesn’t take anything for granted − especially given the growing disunity within its ranks.

Over the last few months, there have been internal disputes over the new draft constitution, controversy regarding the inauguration of new ministers, and friction over the emergence of a figure hoping to succeed Kikwete as president.

These cleavages could be positive signs of democratisation within the party and the disagreements could stir up much-needed debates over the identity, leadership and future of the party. But with the local government elections this year and 2015 general elections on the horizon, these may be debates that CCM would rather do without for now.

Don’t call it a comeback

One major point of contention in the party recently has been the emergence of Edward Lowassa, who was prime minister from 2005 to 2008, as a potential presidential candidate for 2015. Under Tanzania’s two-term maximum President Kikwete cannot run again, meaning CCM has to find a new nominee.

However, Lowassa would be a highly controversial choice. While prime minister under Kikwete, Lowassa was implicated in a high-level corruption scandal involving US company Richmond Development. Amidst increasing public pressure, Lowassa eventually resigned along with two other ministers, but continued to deny all allegations of wrongdoing.

Since stepping down in 2008, he has retained his position as MP for Monduli constituency but kept a relatively low profile within CCM and national politics.

Lowassa’s recent ‘comeback’ – set in motion by public announcements concerning his presidential ambitions − has been praised by his supporters, but others, such as former vice-chairman of CCM John Malecela, have criticised Lowassa for bringing an internal CCM question into the public sphere. Malecela and others have called for strong measures to prevent figures engaging in pre-election campaigns and warned that premature campaigning could lead to splits in the party, damage CCM’s credibility, and alienate the party’s support base.

Ghosts of the past, dreams of the future?

But it is not only issues of personnel that are currently causing friction. The second draft constitution, which was released in late December 2013 by Tanzania’s Constitutional Review Committee (CRC), has also been a source of contention − particularly the provisions regarding relations between Tanganyika (mainland Tanzania) and the island of Zanzibar.

However, despite the apparent popularity of the three-tier proposal amongst Tanzanians and statements by Constitution Review Commission chairman Joseph Warioba concerning the financial benefits of having three governments, many are sceptical. Some question whether creating new bureaucratic structures will address problems of graft and lack of political participation, and some even suggest that imposing a new system could result in further political conflicts over jurisdiction and competence.

Another point of controversy over the constitution is Kikwete’s proposed change to the draft that would see government officials and civil servants barred from deriving income from other sources − such as their own business − whilst in office. According to Transparency International’s Global Corruption Barometer 2013, Tanzania is one of the most corrupt countries in the world and Kikwete believes his proposed provision would reduce incentives for graft.

The idea the president is proposing was in fact part of the 1967 Arusha Declaration, which prohibited party or government officials receiving “two or more salaries”, but the civil servant code was revised in the 1991 Zanzibar Declaration.

However, while Kikwete sees the re-separation of business and politics as crucial in the fight against corruption − and part of his personal legacy to the nation − both opposition politicians and CCM members have voiced concerns over the effectiveness and wisdom of the proposed ethical code. In fact, Kikwete tried to pass this law in parliament back in 2008, but failed mostly due to the resistance from his party members. As he pushes for it again, similar tensions could re-arise.

The ruling party’s internal conflicts will be like music to ears of the opposition, but they could, in time, also prove positive for the country and CCM itself. Reform and democratic change must also be implemented within the ruling party’s structures as well as on the state level and inner wrangling could be a catalyst for such change.

Those critical of the ruling party have often been accused of instigating trouble or undermining unity and peace, and a long-term CCM member in Mwanza, speaking to Think Africa Press on condition of anonymity, claimed that public party meetings were often events in pure propaganda events in which critical thought was not tolerated and critics were often excluded. In this context, Lowassa’s self-proclaimed presidential ambitions might contribute to the gradual widening of the party’s internal frictions, which could in turn lead to a stronger differentiation between its ideological wings.

In the short-term, however, CCM will probably feel it could do without such controversy and division. Kikwete has made anti-corruption one of his defining drives and the comeback of Lowassa at a time the president is trying to re-assure the general public of CCM’s respectability will be an unwelcome development. Meanwhile, the government is still recovering from a number of high-level political crises in recent months − including the sacking of four ministers in 2013 over allegations of human rights abuses − and according to the executive director of the Legal and Human Rights Centre, Helen Kijo-Bisimba, the overall political situation in Tanzania is tense with inter-party violence on the rise.

Amidst this difficult environment, Kikwete wants to re-establish the image of a reliable, strong, and unitary CCM and end the party’s current identity crisis as soon as possible. However, many observers will be hoping this unwanted identity crisis could help usher in an increasingly democratic culture both within the ruling party and the country as a whole.

This article was first published at ThinkAfricaPress

Hanno Brankamp is a writer with a focus on East Africa and the Horn. He has a BA in Area Studies from Humboldt University, Berlin, and is doing a MLitt International Security at the University of St Andrews.