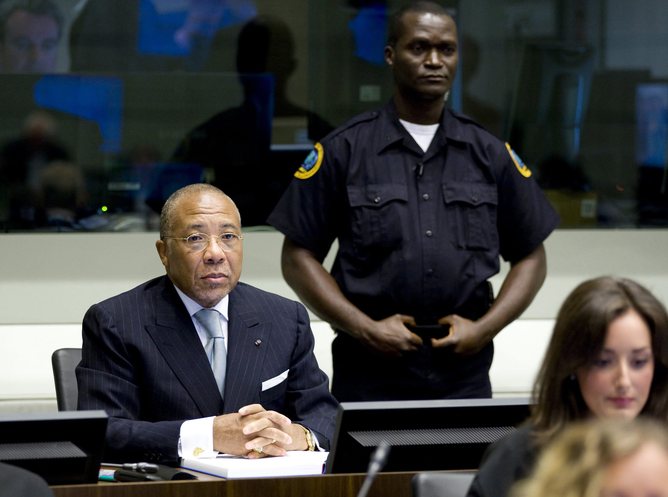 A report reveals close ties between former Liberian president Charles Taylor and the CIA. Taylor is currently awaiting verdict in his trial at the International Crime Court in The Hague on account of war crimes and crimes against humanity during the civil war in neighboring Sierra Leone.

The relationship between Charley Taylor and the US agency was made public by the Boston Globe, following a request by the paper unter the Freedom of Information Act dating back six years. Officials of the Defense Intelligence Agency (DIA), the Pentagon’s espionage department, confirmed that its agents had connections to Taylor since the early 1980s.

At the same time the DIA negated any contact to Taylor in connection to the accusations raised at The Hague. Also the report avoids further details, with officials claiming “doing so would harm national security”, only reffering to “at least 48 seperate files – covering several decades.”

Taylor is blamed for war crimes and crimes against humanity in Sierra Leone during his period of office as Liberian president between 1997 and 2003.

In the same year Taylor resigned, the International Crime Court initiated his prosecution, coming to a total number of 11 counts against Taylor and later making him the first African head of state to be tried for war crimes. At first however the accused went into exile in Nigeria. At this time public doubts occured about how serious the international community was about the investigations in the case of Taylor. Critics pointed at the role they intended for the US as a close ally of Nigeria. The Boston Globe quotes Allan White, a former investigator at the DIA:

I think the intelligence community’s past relationship with Taylor made some in the US government squeamish about a trial, despite knowing what a bad actor he was.”

It was not before 2006 that Taylor was finally arrested and brought to court.

Former officials suspect that Taylor was served the US as an informant “on broader issues in Africa, from the illegal arms trade to the activities of the Soviet Union, which, like the United States, was seeking allies on the continent as part of the broader struggle of the Cold War.”

Also the US had significant influence in the country of Liberia itself, with the US embassy in the capital of Freetown being one of the biggest in the world. Meanwhile Taylor came into contact with the US more than four decades ago, when he enrolled college in Newton and later studied in other parts of the country.

The latest admissions also throw a new light on the role US agencies played in Taylor’s escape from Plymouth prison in Boston in 1985. Taylor himself had suggested so during his trail in The Hague, stating

I am calling it my release because I didn’t break out.”

The story is especially interesting as three other prisoners who escaped together with Taylor were soon recaptured. Taylor later returned to Liberia where in 1989 he appeared as head of a rebel army.