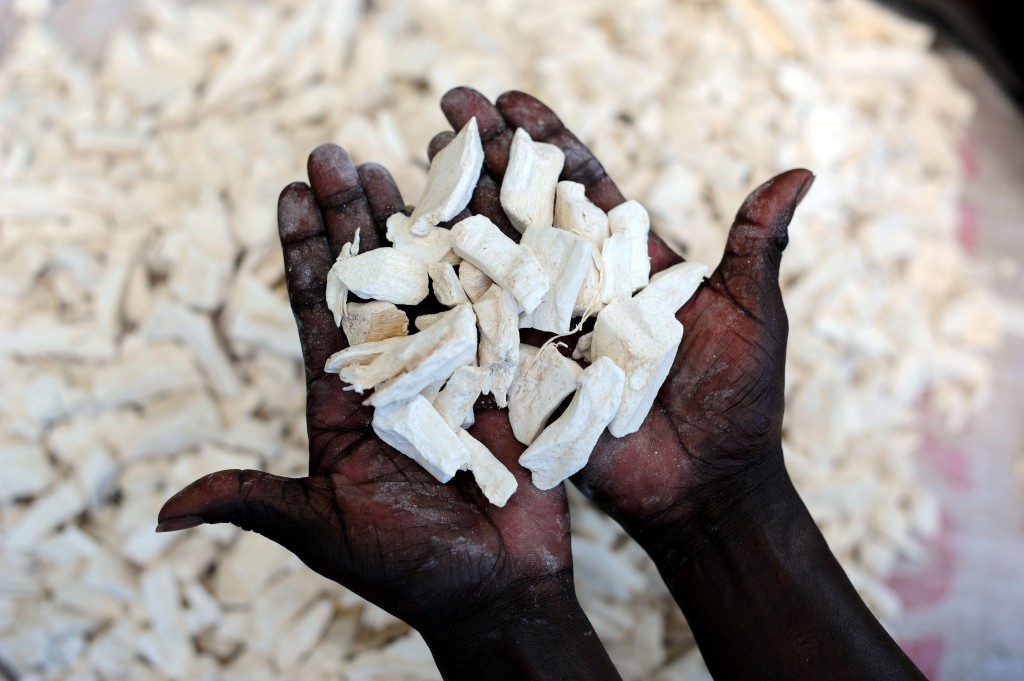 The tuberous roots of the cassava plant are most suitable to help African farmers face climate change. This is the result of a scientific report by the International Center for Tropical Agriculture.

Calling it “the Rambo of the food crops”, one of the authors, Andy Jarvis, referred to cassava as one of the most robust plants in times of global warming and changing rain patterns. Its unique qualities, which already allow farmers to grow the crop even on poor soil, could therefore make cassava the most promising candidate for increased cultivation in the coming decades.

It deals with almost anything the climate throws at it. It thrives in high temperatures, and if drought hits it simply shuts down until the rains come again. There’s no other staple out there with this level of toughness.“

First introduced to sub-Saharan Africa by Portuguese traders in the 17th century from South America, the root crop has become one of the most important staple commodities in many African countries. About half a billion people eat cassava in its various forms of preparation every day, making it the most important source of carbohydrate of the whole continent. Still it was long neglected by scientists, who now in times of sustained droughts and sobering experiences with maize or other crops, pay more attention to cassava. Colleagues recently published similar findings on the vast potential of cassava in the same journal.

In most regions cassava already sees a constant increase in spread while other products such as potatoes disappear more and more from the fields. When by 2030 the predicted rise in temperatures of between 1.2 and 2 degrees Celsius will be reached, the possibly harsh circumstances “will leave cassava in a class of its own,” the study continues.

One conclusion the scientists at CIAT draw from their research is that even in areas such as East Africa, where maize is usually preferred, cassava should be regarded as an important fallback crop.

Further one of the most demanding needs in order to make cassava meet its future prospects would be for scientists to tackle the crops vulnerability to pests and diseases. If developed resolutely, cassava could then serve as the major crop in facing food security across Africa.