Will Malawians join hands with worldwide Occupy movement from next week on? 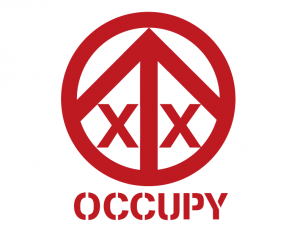 New York, London, Franfkurt, Madrid, Rome, Sydney, Hongkong – and from Monday Novemeber 28th on Malawi’s capital Lilongwe as well? Is it also becoming part of the worldwide protest against financial unfairness and inequality? Malawian political activist Ben Chiza Mkandawire currently started a movement to join hands with the ongoing protests around the world.

It all started in Lower Manhatten in New York city this year’s September. People united to stand up against social and financial inequality mainly in the United States of America. The protesters claim representing the 99 percent of the population which is ruled and controlled by one percent of the population. The protest movement criticizes the enormous influence the richest class of the American society  has on daily politics and the legislation.  The movement started at a symbolic place for daily financial transactions and developments: New York’s Wall Street. What once started in this year’s summer in New York spread rapidly around the world with lots of other similar occupy movements coming up. The original movement is not a phenomena anymore which can only be found in the US. On nearly every continent and its  biggest cities people turned to the streets and united to speak up.

For longer than half a year Malawians already face a fuel shortage. The crisis is as far-reaching that shops had to close because of a lack of products. Additionally, people need to deal with missing foreign currencies which are important for ongoing investments as well as with high food prices which result from raised taxes. Since July 17th, people in Malawi joined hands to challenge the current government of Bingu wa Mutharika. Several civil societiy oganizations as well as oppositional forces called out for protests against the inactivity of the government. 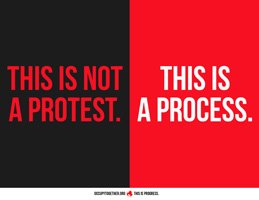 Now it seems the protest is reaching another level after it had calmed down a little as the the movement turned into violent riots past July. A Malawian student of political science at Huddersfield University and activist, Ben Chiza Mkandawire, now called out for a new movement: Occupy Parliament Malawi. From November 28th on he calls upon the Malawian population to stand up against the National Assembly which has its seat in Malawi’s capital city of Lilongwe. The idea is to occupy the space outside the National Assembly with a Million people. According to nyasatimes, Chiza Mkandawire said

The idea is to organize new forms of action against MPs, government officials and the failure by government to address the current economic and governance woes.”

The Occupy Parliament’ will mobilise the one million Malawians from all walks of life to force our governments/members of parliament to work with the people and not against them.”

For his part, Mkandawire openly calls the current government of Mutharika a dictatorship. He was currently arrested in Lilongwe for holding a placard which called president Bingu wa Mutharika a dictator. The appeal is now the beginning of a new era of peaceful demonstration in Malawi.
While protests already turned out violent after peaceful marches in July it is uncertain how the authorities in Lilongwe are going to react on people occupying the National Assembly. Furthermore it is questionable if people in and around Lilongwe will show up from Monday on to follow the appeal. It is probable that police forces and politicians will come up with strict rules against protestors and that a serious protest movement will not form up into a mass movement such as other occupy movements around the world.
On the other hand, in case the appeal finds willing listeners and an occupation of the space around the National Assembly really takes place, it would be a strong signal to the current government and testifiy to the discontent of the people.
Diesen Artikel empfehlen bei: