Egypt: Mubarak on his Deathbed 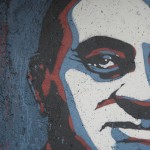 Hosni Mubarak by Abode of Chaos

Rumours on the near end of Egypt‘s former ruler Hosni Mubarak have alerted supporters and protesters as well as political observers throughout the world. There are fears his death could add new tensions to the ongoing electoral process.

According to international media the former president still lays in “critical condition” in hospital. Earlier, news about his death had aroused cheers on Tahrir Square.

To show the variety of reactions on the streets of Cairo, the BBC cites s sample of opinions: “Voices from Cairo“

You are in Cairo? Send us your impresssions, pictures or comments at info@eufrika.org!