A photo of two young Egyptians kissing in the street has caused a stir on the social media. 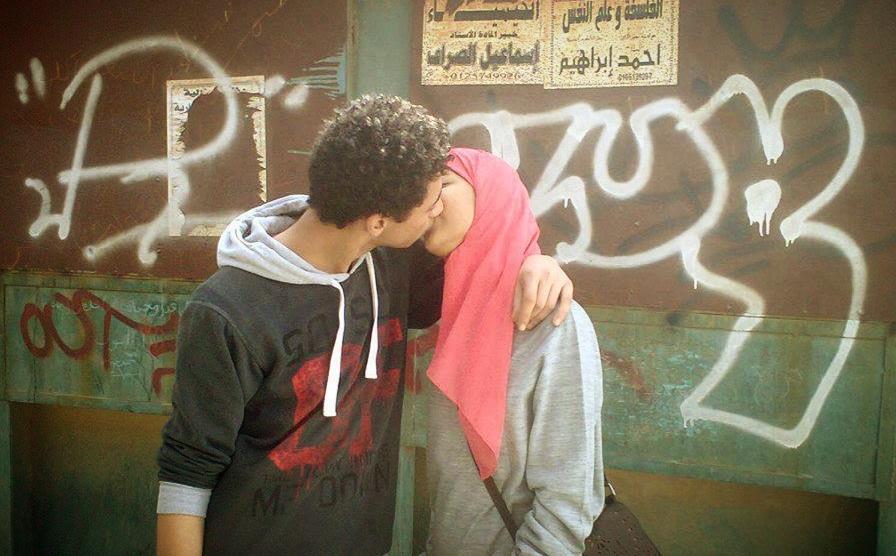 The photo was first shared by Ahmed ElGohary on Facebook and now widely circulates on various social media platforms. While some commentators object the photo for they sense public expressions of affection sinful, others praise the appeal attached to it. ElGohary posted lyrics of Youssra ElHawary’s song “On the Street” along with the photo. It reads:

Some people curse each other, kill each other on the street.

Some people sleep on the floor on the street.

Some people sell their honor on the street.

But it would truly be a scandal if one day we forgot and kissed each other on the street!

In Egypt, laws of public indecency could be used to prosecute anyone who publicly shows affection.