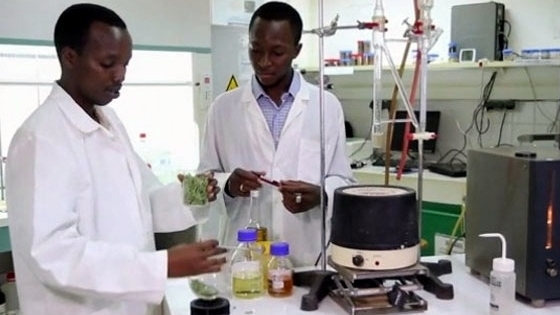 Two African students have invented a malaria repellent soap that could help millions of people across the world.

Medical students Moctar Dembélé from Burkina Faso and Gérard Niyondiko from Burundi said they wanted to come up with “a simple solution”.

“Since everyone uses soap, even in the poor communities”, the two believe to have found a low-cost solution to fighting malaria, one of the world’s most harmful diseases.

Dembélé and Niyondiko named their invention “Faso Soap”. It is made from karate citronella and other herbs, which grow in abundance across Africa.

Currently anopheles mosquitoes are responsible for 300 million cases of malaria per year. Meanwhile, poor people lack access to repellents which are expensive, toxic or limited in their use. According to the World Health Organization, in 2010 malaria caused an estimated 660,000 deaths on the African continent alone, 85 percent of the deaths occur among children under five years old. Two African states, the Democratic Republic of the Congo and Nigeria, account for over 40 percent of the estimated total number of malaria deaths globally.

Dembélé and Niyondiko have been awarded $25,000 for their invention from the Global Social Venture Competition.