Fighting the Poor Instead of Poverty in Angola 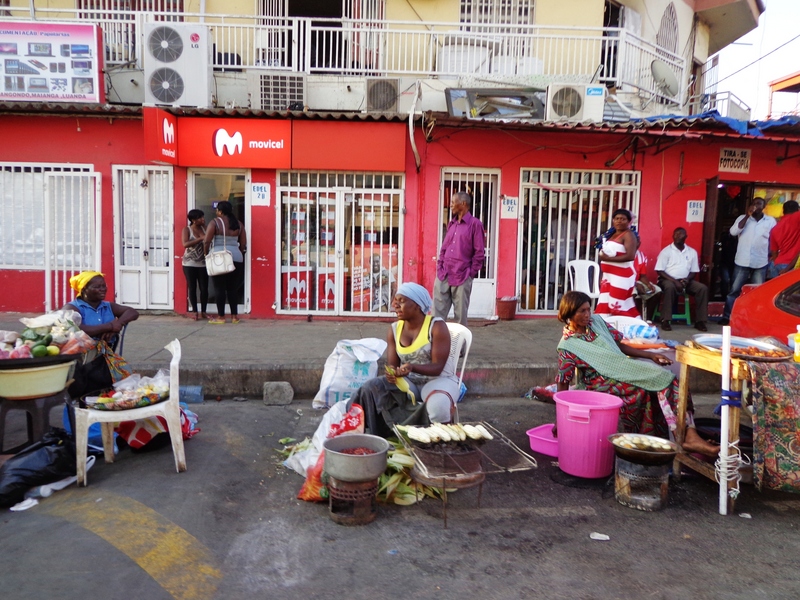 In a move aimed primarily at improving the image of Luanda, Angola’s capital and largest city, the government announced a controversial measure: from now on, it would be illegal to engage in street trading in Luanda. Buyers as well as sellers would be fined.

Street sellers have been a way of life in Luanda since colonial times, and there are several songs from well-known national musicians that celebrate this particular part of the culture. These men and women sell just about anything and everything on the streets.

Angola is currently one of Africa’s strongest economies and is enjoying new-found wealth coming primarily from its oil industry. However, the wealth does not trickle down to the great majority of Angolans, and the country has maintained one of the worst social inequality levels in the world.

“The Governor of Luanda Fights Street Vendors” was the title of one of the most liked and shared posts last week by Mana Mingota (Sister Mingota, in English), one of Angola’s most popular Facebook pages. A fictitious character, almost no one knows who is behind it. Yet the page, which posts advice, humor, and commentary about a diverse range of subjects that appeal to the country’s younger, Internet-active generation, has nearly 76,500 fans – more than most well-known brands and celebrities in Angola.

So many problems to resolve – water, electricity, basic sanitation, employment for the youth, lack of housing, expensive food, legalized prostitution, the sale of alcohol to underage kids, an exaggerated consumption of alcohol in our society, motor vehicle accidents, document falsification, bureaucracy in the emission of new documents, high cost of education in private universities, police corruption, corruption in schools, horrible public service, so many problems and his Excellency the governor has all guns pointed at the street vendors who make many sacrifices and are just trying to earn some money so that they can feed their families and put their kids through school so that they don’t turn into criminals. Seriously, a lot of people here think backwards!!!” 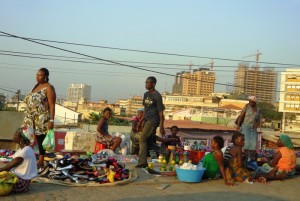 The banning of street traders – or zungueiras, as they are locally known – appears to be part of a larger effort to hide Luanda’s poor and dump them in the city’s outskirts. Out of sight and out of mind, if you will. Besides zungueiras, inhabitants of Luanda’s sizeable slums are also frequently awakened by the sound of bulldozers razing their homes to the grounds without prior warning, and then they are taken on buses to land without basic livable conditions.Due to a variety of factors including a prolonged civil war and notoriously low investment in education, the majority of Angola’s workforce is unskilled and over a quarter are unemployed.According to the recently released “Bertelsmann Stiftung, BTI 2014 Angola Country Report“ [pdf], which covers transformation towards democracy and market economy in 129 countries:

[...] the population in [Angola's] cities often depends on informal commerce to make ends meet. This is especially the case in the capital Luanda, where an estimated one-third of the population lives, and which is alone responsible for 75% of GDP production.”

The same report states that 70 percent of the informal workforce is made up of women. Invariably, the government’s latest policy will adversely impact women, who are the most vulnerable in these sorts of cases. And it didn’t take long. The anti-corruption watchdog Maka Angola recently reported that nearly 50 women, children and men were detained, some for three days, in the same cell in a Luanda police station for being caught selling goods on the street.But this is nothing new. As Louise Redvers states in an article published last week examining this same issue on the website of Open Society Initiative for South Africa:

[...] worse still, these women are regularly abused by exploitative police officers and government inspection teams, who beat them, steal or damage their goods and subject them to bribes. You can read more about the scale of this horrific abuse – and the seeming impunity of the officials involved – in this damning Human Rights Watch report released last September.”

Popular reaction to the government’s latest measure has been one of incredulity mixed with widespread condemnation, but it’s important to note that not everyone thinks this way. Many have applauded the government’s decision, saying that street selling was getting out of hand and that it was detrimental to the city’s image. And I’ve seen how zungueiras can turn any empty patch of concrete or asphalt into an unsanitary open-air market.

But as Angolan rapper MCK sings:

em vez de combater a pobreza estão a combater os pobres. (Instead of fighting poverty they are fighting the poor.)”

Street selling is not the problem – rather, it is the effect of a much larger issue, which is the government’s inability to address the massive gap between the haves and the have-nots. It is the government’s inability to address poverty despite the huge oil riches that the wealthiest Angolans are enjoying. And it is their mistaken belief that the way to deal with poverty is by hiding it.

A quote in Louise Redvers’ piece cited above is particularly eye opening:

I remember very clearly one very well-dressed and expensively US-educated Angolan oil worker telling me: ‘We can’t have these people on our streets anymore, not in the city centre next to places like Sonangol. We need to improve our image, we are a modern country, these people can’t be here like this.’”

Angola is a country where the National Registry is closed for four days because there’s no “system” (read: intranet). Where a routine Western Union or Moneygram transfer can take several trips and several hours. Where there is no reliable water or electricity distribution. Where the government is incapable of providing even the most basic services to its population. Where the government spends only a small fraction of its budget on health and education, amongst the lowest figures in Africa. Where corruption is a way of life and where the government has forgotten its promise from independence that the most important thing to do was to resolve the people’s problems.

The zungueiras and the country’s poorest will continue to bear the brunt of this image-conscious makeover until more serious policies aimed at reducing poverty and giving the poor another option to sustain themselves are enacted.

An earlier version of this article was first published at Global Voices under CC 3.o license

Cláudio Silva is an Angolan finally living back home in Luanda after formative years in Washington DC, Boston, and New York, with a few stints in Portugal and the UK. He is passionate about good governance and sustainable development, but also food and music. He describes himself as an entrepreneur, news junky and keen writer.