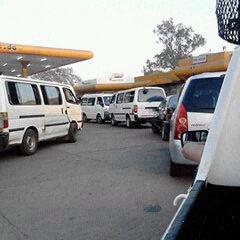 The Malawi Energy Regulatory Authority (MERA) early this week announced a hike in petrol, diesel and industrial paraffin prices effective 6am Thursday morning.  However, as of Thursday afternoon, MERA and the Malawi government were reported to be locked in a meeting in MERA bowed down to government’s demand to reverse the fuel price hikes with immediate effect.

According to reports, MERA implemented the price hike following the twin forces of trends on the international market and the downward trend of the floating local currency, the Malawi Kwacha.  However, the government has reacted to adjustment, second in less than a month, in hopes that it will maintain popularity ahead of its first litmus test – the upcoming local elections in the Mzimba South-West constituency.  The parliamentary seat in the the constituency was made vacant when member of parliament Khumbo Kachali assumed the position of Malawi’s vice president following the sudden death of Bingu wa Mutharika in April and the subsequent replacement of wa Mutharika’s Democrative Progressive Party (DPP) with the current People’s Party (PP) led by President Joyce Banda.

The wrangle in fuel prices saw some traders hoarding the commodity on Wednesday and earlier on Thursday in case MERA won out in the wrangle – an action which saw the return of long queues at filling stations in major cities across the country.  This reporter talked to several ordinary Malawians  affected by effects of the wrangle on the scarcity of the commodity on Thursday . While some pinned the blame on the Joyce Banda administration’s decision to float the Kwacha, others maintained that the situation is a result of poor decision making in the previous administration.