Got blood in your mobile? A FairPhone could change that 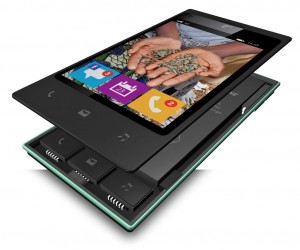 This is it: Concept Phone (c) FairPhone

As a conscious consumer, you know that your smartphone probably contains raw materials from central African mines that send children under ground for days and whose profits finance violent conflicts. You know that the parts were probably assembled by Chinese workers under horrible conditions. You know that the profits probably go to multi-nationals that seem to be investing more time and money into mining your data than into controlling their supply chain. But what to do? There is no fair-trade-phone, so you have to accept what award-winning film maker Frank Poulsen called Blood in the Mobile.

Bas van Abel decided to change that. The Dutch designer is a member of Waag Society, a Creative Research hub in Amsterdam. Thus, he started with the design of a cool smartphone, and then searched for partners with expertise, knowledge and networks to make the design better and produce the Fairphone with minimal harm to people and the planet. The Fairphone Enterprise team has identified five Action Areas to be addressed for doing so: Precious Materials, Made With Care, Smartly Designed, Clear Deals, and Everlasting Value. The whole life-cycle of a phone – from scratch to use, reuse in second-life markets, and recycling – shall be sustainable, open, transparent and fair.

Fairphone’s goal is not becoming the next big player in the mobile phone business, neither is it raising awareness only amongst consumers without giving them a chance to change anything – the aim is to show business and consumers that it is possible to produce a smart phone without exploiting people, contribute to conflicts, or harming the environment unnecessarily. They do so by telling the story of their journey in their blog. By now, about 7,000 people have signed up for news about the first Fairphone which will be available this fall. 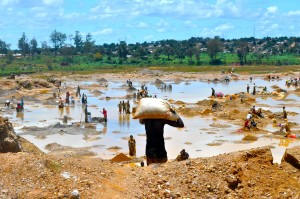 The Fairphone team has come across many obstacles, the toughest being the new crisis in Eastern Congo, which has not yet been resolved, despite this week’s peace treaty. Fairphone in cooperation with Conflict-Free Tin Initiative had found Kalimbi mine in South Kivu which does not supply any warlords. But it employs children. So the question was: Does Fairphone buy tin from this mine despite its support of child labor? Or does Fairphone choose to buy tin from Australia, thus contributing to the further destabilization of Kivu and increasing the end product’s carbon footprint? They decided to stay, but transparently communicate the impossibility of finding a conflict- and child-labor-free tin mine in Africa. Hopefully, with big business on board and consumers being aware, this will change soon.

While the Fairphone is promoted at the Mobile World Congress in Barcelona, Bas van Abel prepares for a trip to China in March. With the help of organizations like LaborVoices, he will identify a plant where the Fairphone can be assembled under proper working conditions – another tough task when the whole order of Fairphones comprises of just as many phones as are rejected as deficient products daily in the factories.

From a user point of view, the Fairphone will cost about 300,- Euro and come without a subscription plan, but with lots of benefits: smart design, easy-to-use, dual-SIM. Interesting not just for tech tinkerers: each component will be replaceable on its own, so if your battery dies you don’t need to buy a complete new phone. The first edition will run on Android, so all apps will be available. The team is talking to Ubuntu and Mozilla, though – hoping to avoid cooperating with data miner Google in the long run.