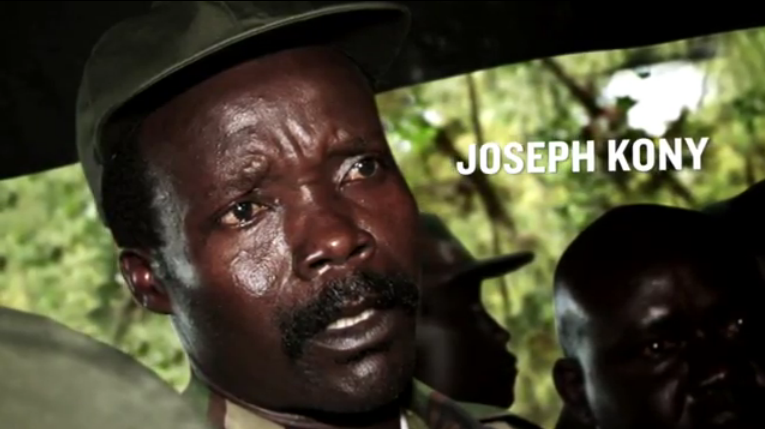 This is Joseph Kony, (in)famous leader of the notorious Lord’s Resistance Army. By now, if you have a twitter or a facebook account or just know your way around the internet (which I assume you do since you’re reading this), you have probably heard of him. The controversy around the “Kony 2012″ campaign is all over the internet.

The real question is: Had you heard of him a week ago? A lot of you probably haven’t. So the campaign has achieved what it intended to do. Raising awareness. Joseph Kony‘s name has been heard around the world. It’s been tweeted and retweeted, shared on facebook, googled, emailed and hopefully talked about in the “real world”. His crimes against humanity, the abduction of children, forcing them to become child soldiers and/or sex slaves, his war against the people in Uganda, Sudan, Congo and Central Africa are a topic of widespread discussion. Where do we go from here?

How is that going to make a difference? “Invisible Children” argues that if awareness is raised and if the people, who have been made aware of this man and his crimes (crimes he has been committing for more than two decades), if these people turn to their government (in this particular case the US government) to let it know that they care, this government will take action to change the situation. Let’s assume, this is how it works. The US government gets involved, which incidentally it did, by sending militay advisors to help Ugandan troops in their ongoing struggle with the LRA. Let’s also assume that this involvement is at least partially due to rising awareness of the American people (there are actually many reasons for the US military involvement in Uganda).

So, assuming that all this awareness somehow leads to the arrest of Kony, further assuming that after he is arrested he will be tried for his crimes (ideally in front of the International Criminal Court which is not a certainty given that the US does not recognize said court), convicted and sentenced for life. Victory, right? We can rub our hands, secure in the knowledge that we have done a good deed and are indeed good people. And we can go our merry way. And so can the poor Ugandan people. But wait, what do you say? There are more bad people in Uganda? There are more problems? Nobody said anything about that. Well, we have our bracelets and posters and we feel for the Ugandan people. It doesn’t matter that our awareness comes more than a decade after the height of the atrocities committed by the LRA has passed and that it does not only involve Uganda but it’s neighboring countries in Central Africa.

It also doesn’t matter that most of the people who now are aware of who Joseph Kony is, never heard of Yoweri Museveni, who has been Uganda’s President for over 25 years and under whose watch Kony committed his crimes. It does not matter that the Ugandan opposition is brutally opressed. It does not matter that there are parts of Uganda where HIV is ravaging the population and the number of child prostitutes is atrociously high. It also does not matter that a misterious and deadly disease, called the nodding syndrome, is spreading among children in the former war regions. What matters is that we are aware of who Joseph Kony is and with that awareness we can somehow make him pay.

This is not to say that Kony should not be prosecuted and brought to justice. He should be brought before the International Criminal Court and tried for the crimes he has committed. But it is also to be hoped that a little awareness spreads farther than just one criminal and that it shines a light on other present-day problems Uganda‘s people face.

View all articles by Anika Stegeman