With the decline of the Eurozone, the staggering growth rates of many African countries come to the fore. But closely connected to its former colonial power France, the FCA franc lags behind and brings up the issue of devaluation.

The Euro zone continues to falter as uncertainties surrounding the fiscal actions of Greece and Italy, skyrocketing unemployment figures and living costs lead to an even gloomier prediction. Conversely, most African economies are increasingly recording impressive growth rates in GDP and in other yardsticks.

One sore point of convergence in the Euro-Africa recession and growth dichotomy, however, is the Franc Zone. That is, those former French colonies still under the economic protection of France as evidenced by their use of the CFA franc as a unifying currency. While the rest of sub-Saharan African countries have in recent times recorded between  5 – 11% growth rates, the CFA franc zone has lagged behind at 2 – 3% and even less.

The CFA originally meant Colonies Francais d’Afrique or French Colonies of Africa and as the name implies was the currency imposed upon France’s colonies at the end of WWII.  Several years after Independence, the name CFA has remained and only seemingly amended to now mean Communaute Financiere Africaine, or the African Financial Community.

The reason for the creation of the CFA in 1945 remains the motive behind its enthronement in French West and Central Africa till date. WWII had bastardized the French economy leaving the French franc seriously devalued. The French treasury came up with the idea that it would make sound economic sense to create a separate currency for its colonies. A currency that will be of a higher value than the valueless French franc will yield much returns to French exports of manufactures to the colonies, and increase the profits accruable to the numerous French companies operating in the colonies.  Couching this far-from-altruistic action in the usual colonial humanitarian rhetoric, Rene Pleven, French Finance Minister announced that “in a show of her generosity and selflessness, metropolitan France, wishing not to impose on her far-away daughters the consequences of her own poverty, is setting different exchange rates for their currency.”

Over the decades that followed, the CFA franc was variously unilaterally devalued by France, the latest being in 1994.  With the switch of allegiance to the Euro in 1998, the CFA franc now became intertwined with the ups and downs of the Euro currency.

France continues to gain overwhelmingly from the continued existence of the CFA franc. French companies still make-up the greatest share of the private sector of the franc zones, and are awarded most public contracts. The CFA fixed exchange rate, pegged to the Euro and overvalued, makes it possible for these French companies to be shielded from the Euro depreciation. As the CFA franc is overvalued, franc zone countries are at best incapacitated in their ability to build home grown industries to compete effectively with their French counterparts. This is made worse by the fact that the French Treasury mandates all countries using the CFA franc to remit 50% of their foreign exchange reserves to France.

With its December 2011 front cover “Africa Rising,” The Economist retracted its May 2000 cover story, “Africa, the Hopeless Continent.” The revered international magazine came rather late, to recognize and extol the growth of businesses, investment opportunities and a conducive transactional climate in Africa. But the magazine forgot or ignored the fact that almost the whole franc zone has remained stagnant and exempt from this surprising and celebrated turn in Africa’s economic situation. The CFA franc domination of French West and Central Africa has all but ostracized the countries involved from the increasing intra-African trade and economic buoyancy. Apart from the grave and debilitating social-psychological effect of continued dependence on one’s former and current exploiter for economic sustenance, the seemingly intractable Euro zone crises has made the franc zone a misnomer amidst  sub-Saharan Africa’s exponential progress.

For the fourteen CFA franc zone countries to record success like the rest of Africa, they must resolve to collectively take a decisive action against one of the major sources of their continued economic backwardness, the CFA franc. But that would almost amount to handing the franc zone a gun to hunt in a forest filled with lions or choose starvation instead.

France is feared in the CFA zone. Severe and deadly covert manipulations aside, France holds enormous political influence over its former territories and has made it clear in the past that it would employ whatever means possible to maintain the status quo.

But in the face of starvation, the franc zone must realize that death must come one way or the other and it is only wise to die hunting for food than to die avoiding death. What the zone needs is enormous political will, the kind exercised by President Kagame of Rwanda when he booted France out, changed the official language from French to English and joined the Commonwealth.

This kind of political will calls for radical actions on the part of the franc zone, specifically, a coup against the CFA. Make no mistake about it; France will fight like a wounded lion. The franc zone is its last hope in terms of economic returns and exploitation. But there seems to be no easy way out for the franc zone, they must unite and fight to take back their currency, their future and their lives. 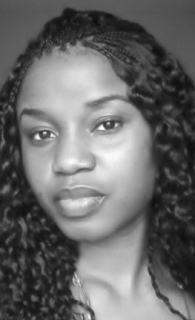 Chika Ezeanya blogs at chikaforafrica.com. Her book Before We Set Sail was shortlisted for the Penguin Publishers Award for African Writing. She holds a Ph.D. in African Development and Policy Studies from Howard and a Masters in International Relations from the University of Warwick in Coventry, England. A researcher, teacher, fiction and non-fiction writer, and a public intellectual, Ezeanya has spent time conducting research, working and teaching graduate and undergraduate classes in several countries spread across three continents.