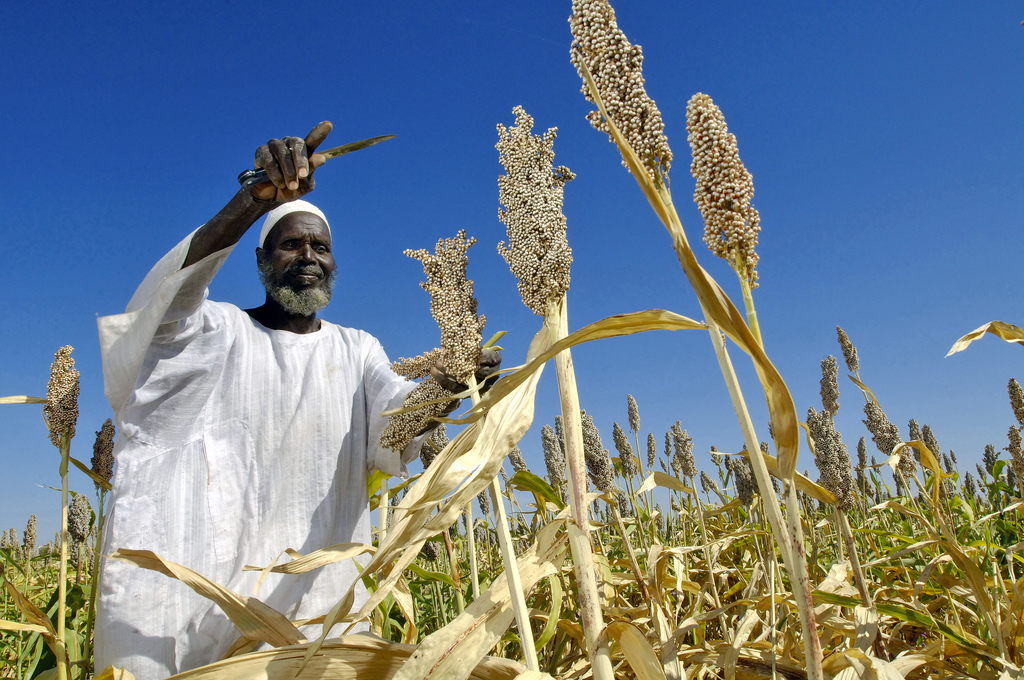 The Farmers Support Inititiative identifies the agri-sector in African countries as one of the most potential fields for economic development. Focussing on trainings and assistance, the organization not only contributes to the discurse surrounding internationl development cooperation, but to motivate migrants to turn back to their land.

Eufrika.org talked with Ikenna Offor who in 2007 founded the Farmers Support Initiative in Stockton, UK, where he worked as a businessman. Today, Offor spends half of the year in his home country Nigeria.

Eufrika: Mr Ikenna Offor, the ambition of the Famers Support Initiative is the promotion of farming in Africa. What was the initial point for your engagement?

Ikenna Offor: As a charity that promotes farming in a relatively underdeveloped, misrepresented, highly populated and emerging economies in African countries, our task is not any easy giving the complexity and number of countries that make up the continent. So when we started this project, we had to identify a starting point. As a result we choose to start from the most populous country in Africa, which is Nigeria. With a population of over 160 million people and a projected population growth to 200 million in the very near future, we found Nigeria an obvious starting point.”

Eufrika: How does the project work?

Ikenna Offor: We are involved in the provision of agro based training, information dissemination, advocacy, humanitarian,  providing assistance in various areas of need to both low level and large scale farmers. We try to first identify who the real farmers are and then get them registered for free in our data bank. In the process, we have more than three thousand low level farmers registered with us at the moment. For the project to work properly, we grouped the farmers into five categories namely: Subsistent, Peasant, small, medium and large scale farmers  giving the peculiarity of African economic situation at the moment.”

Eufrika: As a non-profit organization, you are depended on donations. Who are your main sponsors?

Ikenna Offor: Our funding so far are mainly donations from UK and training programs we organize in Africa mainly in Nigeria at the moment. We intend to offer same training activities in UK and other African countries in the near future.”

Eufrika: The number of migrants, who leave the African continent each year, increases rapidly. How do you intend to reverse that development?

Ikenna Offor: This is basically why we recently launched our public enlightenment programme known as “Go farming campaign” in the UK. Information is the basis of knowledge. The majority of farmers in developed societies are far better off than their counterparts in Africa largely because they are more informed. The truth is that Africa is currently one of the fastest growing economies in the world. This could easily translate to real economic empowerment for inhabitants of Africa. So what we can do to effect a change is to provoke minds of the migrants and prick conscience of governments, international bodies and business leaders worldwide.

With enough funding and collaborations we are certainly sure of using Farmers Support Initiative to get migrants from Africa understand the true situation thereby influencing them to gradually start relocating back home. Thus, this is already happening but at a snail rate.”

Eufrika: How do you convince migrants in Europe, who just succeeded the dangerous journey to Europe, to turn back to their home countries?

Ikenna Offor: I’ll simply say this: If you have come to eat and dine suddenly the pot goes dry. Basic common sense prevails that you have no business sitting tight. You have two options either to sit and sink or move on and survive. At the moment it is now common knowledge that an average migrant who has come to Europe in pursuit of greener pasture is no longer finding it as green.

Africans are certainly very resilient people, so undertaking a dangereous journey in pusuit of greener pasture that has suddenly gone wrong will not be a deterent to move on for survival. If going back home will bring about his dream success he/she obviously will be courageous enough to go back if he sees the real changes in place at home.

If the farming sector could witness aggressive huge investments in the next couple of years in Africa with all the untapped natural resources that could speed up the value chain additions, I can assure you of a rapid economic growth that the world has never witnessed in the history of mankind. It happened in the telecommunication industry in Nigeria for example.

Those developments initiate a rethinking – migrants wouldn’t want to continuously exchange their social stratification in Africa for that of Europe where they are certainly seen and regarded as foreigners irrespective of their immigration status.”

Eufrika: How do governments react to FSI? Are there any cooperations with governments in Africa or in Europe? In many countries there are legislations, which prohibit the engagement of non- governmental organizations (NGO laws), which are financed by foreign countries. How do you deal with such problems?

Ikenna Offor: We enjoy cordial relationship with governments of both countries. At our official inaugurations in Abuja, the Minister of Agriculture then in the person of Dr Abba Ruma was present. Though we have not enjoyed any sort of logistical support from either government ever since we started but we have enjoyed their moral support.”

“I see nothing but hope!”

Eufrika: Mr Offor, in his recently published book “Afrika wird armregiert” the German diplomat off duty Volker Seitz identifies the circumstances in Africa itself as a main reason for the failure of international development cooperation. Corruption, kleptogracy among political leaders, a lack of Human Rights and democracy and well-meant but crudely mislead financial support do not solve problems but seem to engrave them. What is your opinion about international development cooperation nowadays?

Ikenna Offor: There is some sort of blame game going on within the international community. It is like a situation where one denies wrong doing but then realizes he was part of the bad situation. So one decides to make amends but again finds it difficult fixing the bad situation, so finally one goes back blaming everyone else except himself.

There are situations that are indefensible no matter how hard you try to defend them. Corruption is one of them. Much as I’m not in anyway defending anybody, I think it’s not proper to blame only African leaders for the present abnormal situation. It’s now common knowledge that most of the wars and a number of civil unrests in the continent are caused by outside elements.

I think, the honorable thing we all need to do for the sake of humanity is to support those who are acting in one way or the other to effect a positive change for a better world. In the light of this, international development cooperation is still a good idea if the intention is to help.”

Eufrika: If you go 50 years in the future: What will life in Africa look like? What will change?

Ikenna Offor: I see nothing but hope! There are huge opportunities in Africa especially in the farming sector. Zimbabwe was once a prosperous African nation until President Mugabe started having problem with the migration of farmers at large scale. If we keep ignoring the farming sector, Africa will remain in a vicious circle in the next 50 years.

If projects such as Farmers Support Initiative are not supported by relevant authorities,  in the next 50 years we will have very prosperous countries in Africa where you equally have kidnapping and violent crime on the increase as a result of unimaginable lopsidedness in wealth acquisition. South Africa is already doing its’ best in this regards. The value chain in agriculture is gradually working though they need to do more.”

View all articles by Kerstin Asmuss