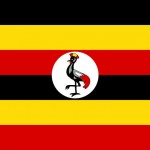 Uganda’s long distance runner Stephen Kiprotich has won the gold medal in the men’s marathon race over the olympic distance of 42,195 kilometres, finishing after 2 hours, eight minutes and one second.

Kiprotich, despite appearing to suffer discomfort in his leg earlier in the race, took over the lead at the 37km mark and went on to win comfortably. (bbc.co.uk:
“Stephen Kiprotich wins Olympics marathon for Uganda“, 2012)