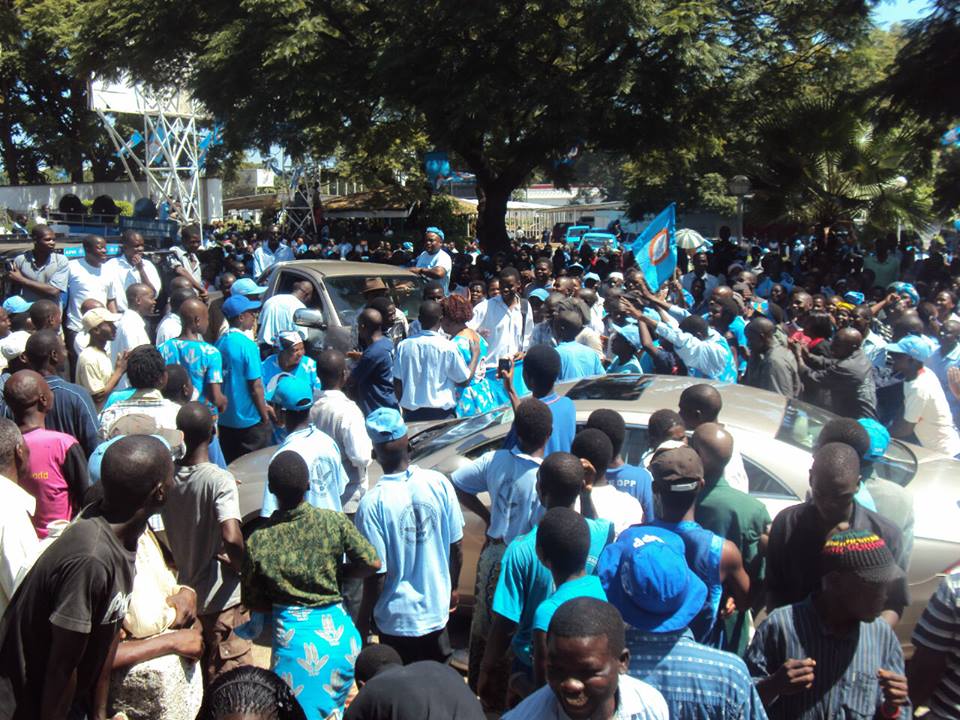 Since time in memorial it has become a trend for contesting politicians in Malawi for the presidency making promises they would like to achieve once voted into office.

During the one party era of the late Dr Kamuzu Banda,few people could afford to send their children to school as by then there were costs incurred in form of fees right from primary school level.

Due to financial constraints,few parents could afford to support their children in school beyond secondary level.

Then Dr Bakili Muluzi came who in his vision of ensuring that more people get educated came up with the free primary school system of education which has been maintained since 1994.

This period has seen the number of people attaining formal training in the country increasing.

Though great the achievement, it has brought in its on impacts.The development has put the country to be among the countries in the world with the most horrible unemployment figures as the number of school leavers who are jobless at the moment is too huge. Worse still, those able to get jobs few claims to be satisfied with the wages offered as in most jobs salaries are very low.

For instance,a trained primary school teacher from college their starting minimum wage stand at around MK40 000.00 a month.

It is not strange to hear of employees opting to down their tools in an effort to force their employers to affect wage increments.

Industrial strikes have become the order of the day both in public and private sectors.Recently the judiciary support staff and the graft bursting body the Malawi Anti-Corruption Bureau staff were on industrial strikes in an attempt to force government to raise their salaries.

Getting a job is proving to be a tough assignment in Malawi. Many people graduate from different colleges each and every year increasing demand for skilled jobs but little seems to be done in job creation to accommodate these graduates. Many people are jobless not that in all fields of work, there are enough workers but rather they cannot be accommodated due to economic challenges faced by both the government as well as the private sector

While graduates are struggling to get jobs, the situation is far much harder for people who did not go far with their education.

Despite some of them having opportunities to get jobs like gardeners, housekeepers and others their wages are far from being satisfactory.With the statutory minimum wage per day in Malawi standing at MK551.00(€1),many of these people get about MK13 224.00(€25) monthly salaries which are too low compared to the cost of living.To make matters worse some employers pay as low as the recommended statutory minimum wage per day.

Other people go into small holder commercial farming and those working in this sector are also considered employed.However, life is harder for them too due to low prices offered for farm produce resulting in them struggling to make ends meet.

Even tobacco, once nicknamed ‘Malawi’s green gold’ for its ability to fetch higher prices previously,is now fetching low prices in what analysts are attributing to anti-smoking lobby.This coupled with the price of farm inputs going up frequently,farming is considered less profitable nowadays for many Malawian farmers.

Due to the above stated reasons,many people in the country are forced to migrate to South Africa in their quest to improve their financial status.

The economic situation in the country forces such people into migration.For instance,a 2006 survey report on migration by EveryChild Malawi indicates that many people especially lacking formal education,resort to going to South Africa after being disappointed with the prices of farm produce in the country which are dictated by buyers instead of market forces.

Many of these people work as gardeners or housekeepers with few working in the hospitality industry.Education background is not a necessity for one to be considered for these jobs and this is impacting heavily on education in Malawi as many youths opt to drop out of school knowing there is a possibility of getting a job in South Africa though they are not educated.

Migrant workers salaries in South Africa are far much better compared to many people having skilled jobs in Malawi.

For instance,working as a housekeeper in South Africa,one gets about South African Rand 3000 which is equivalent to almost Malawi Kwacha 120 000,this is ten times higher the salary one gets in Malawi for the same job and over two times higher earned by skilled workers like teachers and junior medical doctor.

In the past migrating to South Africa was considered a trend for the less educated, but the scenario is slowly changing.

Due to meagre salaries for skilled jobs even graduates are now leaving their jobs and migrate to South Africa to improve their financial earnings with money as their number one priority not the nature of jobs they will have.

One such person is Chimwemwe Ngwira.A trained primary school teacher,Ngwira was employed in the public sector but with his annual net salary of 120,000 Malawi Kwacha(€250),he could not adequately provide for his family’s needs until he emigrated to South Africa where he now works as a chef.

“My previous work in Malawi was not earning me much to the extent that I could not adequately provide for my family.But with my new work here in South Africa,am able to remit enough money back home and am saving some so that I invest in some small scale business when I return.” says Ngwira.

He adds: “I still have the passion for teaching though,that I plan to return to teaching while doing some business.

The growing trend of migrating to South Africa is bringing in tremendous development in the country.Most areas even in rural settings are well developed in terms of household and community setting as many people who work in South Africa as migrant workers are constructing descent houses is their number one priority. It also acts as a forex earner for the country on the other hand.

However, despite bringing in livelihoods development, the tendency has its negative impacts.Almost all the people who have migrated to South Africa live in the country as illegal immigrants putting their lives on danger as they are not protected at all.The 2008 xenophobia attacks on foreign nationals working and doing business, many Malawians were among the victims who lost their lives while some lost their livelihoods,an example of how helpless these people can be at times.

Also,it exposes partners to the danger of contracting HIV/AIDS due to the long time spent apart as most of these migrant workers take between 3 to 5 years.This makes partners to have extra-marital affairs to satisfy themselves in the absence of their spouses.This is fueling the spread of the deadly HIV/AIDS.

The education sector in the country has also been greatly affected as school going children do not see the importance of education anymore.Children’s behaviour is also a matter of concern since many end up being spoiled as a result of being raised with a single parent who is most likely is the mother.

Vitima Mng’andu of the northern district of Mzimba left his wife and four children trekking to South Africa in search of greener pastures.Although he claims to be doing better financially,all his children dropped out of school due to lack of parental guidance since the children are being raised up by their mother only.

“My absence in my home is negatively affecting my children who have all quit school despite that I do send them the much needed support.” laments Mngandu.

Some Child rights activists are against the tendency of migration as it denies children the right to be raised by both parents.They suggest that government should be able to create skilled jobs for those who have attained formal training with lucrative wages.

They also lobby for better prices for farm produce so that they should also be tempting for farmers to take farming seriously bearing in mind they will be in a position to meet their day to day needs instead of migrating to other countries leaving their wives and children to face many challenges.

At 50years of independence,Malawi still cannot create jobs with satisfactory wages for its citizens.Despite promises made by all previous state presidents in improving the economy by creating job opportunities,and finding good markets for farm produce,the situation remains the same.

Whether the incumbent president Professor Peter Mutharika will be the answer to this is yet to be seen as he has only been in office for 9 months.

For the time being, leaving the country for South Africa remains the available option for many people until change comes.

View all articles by Kelvin Tembo