‘Cashgate’ in Malawi: huge negative impacts on economy and governance 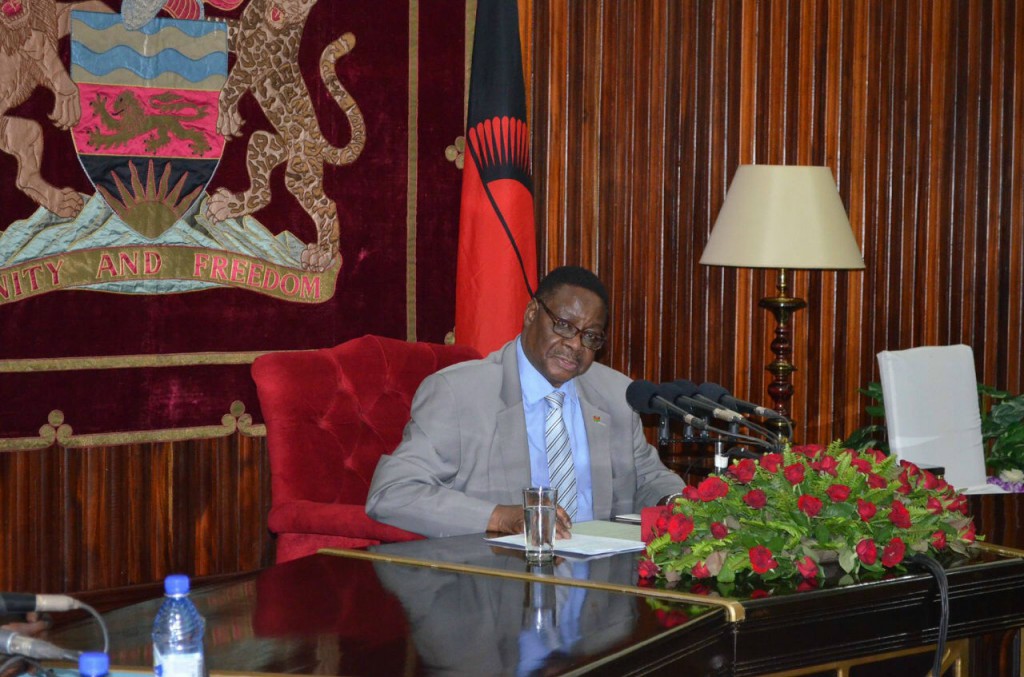 The year 2014 marked fifty years of Malawi´s independence, twenty years of democracy and a return of local government councillors after a ten year absence. This year also saw the return of the Democratic Progressive Party to power after a two year on the sidelines. But as DEOGRACIAS BENJAMIN KALIMA reports from Blantyre, the effects of public finance plunder dubbed Cashgate in 2013 are having a huge negative impact on the country’s economy and governance.

As soon as Peter Mutharika got sworn in as Malawi’s fifth Republica president following a hotly contested presidential election in May, he knew he had a lot of work to do.

The law professor wrestled power from his bitter rival Joyce Banda on the back of promises to root out Cashgate, restoring donor confidence, improve security, reduce of presidential powers and travels as well.

True to his promise of adhering to strict economic policies, Mutharika appointed a lean cabinet of twenty people, the leanest ever since the re-introduction of multiparty democracy in 1994. He has also notably reduced domestic and international travel which has seen him travel abroad twice only since taking office while sparingly performed public functions.

Analysts have also applauded Mutharika for not embarking on massive dismissals of top public officers appointed by former president Joyce Banda which has been a tradition for all his predecessors but has always been a strain on already little public resources through massive pay outs as compensation to dismissed officials.

Having appointed a well known economist, Goodall Gondwe as Finance minister, the administration got down to the business of resurrecting the ailing economy immediately.

A visit by the International Monetory Fund (IMF) observatory team in July offered some hope to the nation. However, the team observed there are some “outstanding uncertainties” in the country’s economy due to the high interest cost of domestic debt and the need to address a significant accumulation of domestic payment arrears to which they asked government to demonstrate prudent policies and improved adherence to commitments made by the government in order to access Extended Credit Facility.

However, by September, no country had released any financial support which forced government to unveil a MK 743 billion (EURO 1.4 billion) national budget without donor support.

Traditionally Malawi budget has been 40% donor dependent with the remaining deficit being financed by local resources, but with aid taps running dry for now, the consequences are there for everyone to see. The inflation rate has soared to about 20% and local currency has lost ground to US Dollar by about 22% which has seen the cost of living escalating among Malawians many of whom live below the poverty line, thereby struggling to make ends meet.

President Mutharika has on several occasions pleaded with the donor community to resume budgetary support stressing his government has shown commitment to reforms as demanded by donor countries.

Mutharika for instance pointed out the massive reforms to the country’s Integrated Finance Management Information Systems (IFMIS) which was easily intruded by public officers and looted public funds in 2013, and the recent arrests, trial and subsequent convictions of three public officers accused of taking part in public funds plunder or Cashgate, notably Teresa Namathanga Senzani, a former permanent secretary in the Ministry of Tourism and Culture who is serving time for pleading guilty of stealing over MK 160,000 (EURO 150,000) while other cases are still going on.

However, because of late Judiciary and graft busting body, the Anti Corruption Bureau support staff have been staging sit-ins demanding a 40 percent salary increment to which government has plainly said it cannot afford owing to difficult economic situation the country is going through. This has greatly affected the progress of Cashgate trials and other criminal cases as well and one hopes the two parties will soon come to an agreement.

And yes there seems light at the end of the tunnel as the IMF has signalled to major bilateral donors to start injecting financial direct aid into Malawi come 2015.

Perhaps Malawians will start a journey of another 50 years with hope for a better 2015.

Deogracias Benjamin Kalima is a Malawian freelance News and Current Affairs journalist.He has been writing for Eufrika online since 2013.