New effective boost for Malawi’s economy or another era of dependence? 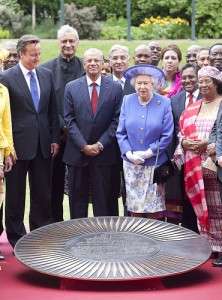 Joyce Banda tours around the world in order to win foreign donors back. Here she attended the Diamond Jubilee Celebration of Queen Elizabeth II as Head of the Commonwealth, Copyright: Commonwealth Secretariat

Officials of the International Monetary Fund have visited Malawi from May 23 until June 6 2012. The mission came together with Joyce Banda’s government in order to discuss new support programs for the country’s weakened economy. The meetings were successful and a three year arrangement in the amount of US$157 was announced. Joyce Banda’s efforts to win foreign donors back, bear fruits.

We congratulate President Banda on her assumption of the office of Head of State and applaud the smooth transition to the new administration following the unexpected death of President Bingu wa Mutharika in early April 2012. We extend our condolences to the Mutharika family and the nation at large.

This new announcement means an enormous financial support for the weakened Malawian economy. It is one of the first results of new president Joyce Banda’s efforts to bring foreign donors back to Malawi. After disputes between late president Bingu wa Mutharika and foreign aid agencies, these donors had withdrawn and frozen their relief funds during the past two years. 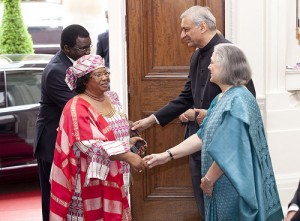 Besides these successful talks and agreements with the IMF, Joyce Banda came together with Commonwealth Secretary General, Karmalesh Sharma in London to discuss new possible areas of cooperation. Banda followed an invitation of the Royal House to attend Queen Elizabeth’s II Diamond Jubilee Celebrations as Head of the Commonwealth.

In London, the talks between the GS of the Commonwealth and Joyce Banda lead to a new era of cooperation.

After the talks, Sharma said:

The meeting with President Banda accorded us an opportunity to discuss the area of cooperation where the Commonwealth can be partner with Malawi such as election, management of natural resources and education […] We have agreed that the best way forward is to prioritize some of these areas of cooperation and see how the initiatives take off.

Looking at these two events, it can be stated that Malawi is on the rise again. The country wins foreign donors back, which it had lost during the past two years. Generally speaking this can be seen as a great chance for the weakened economy to recover and increase the country’s GDP. On the other hand, it can be criticized that the government in Lilongwe put oneself at risk by relying on foreign money to such a high degree. Basically the new announcements mean that Malawi is again highly dependent on foreign relief funds. In the post-colonial era, African countries already experienced what this could mean in the extreme case. Under the so-called Structural Adjustment Programs, IMF and World Bank already put African governments under pressure in order to reduce state subsidies and keep the institution of the state as small as possible. In many cases these SAPs had devastating consequences for local communities.

It remains to be hoped that Malawi will profit from these newly announced fiscal projects and that it will be an effective boost for the country’s economy and not a new step into another era of enormous dependence.

Read the full press release of the IMF: