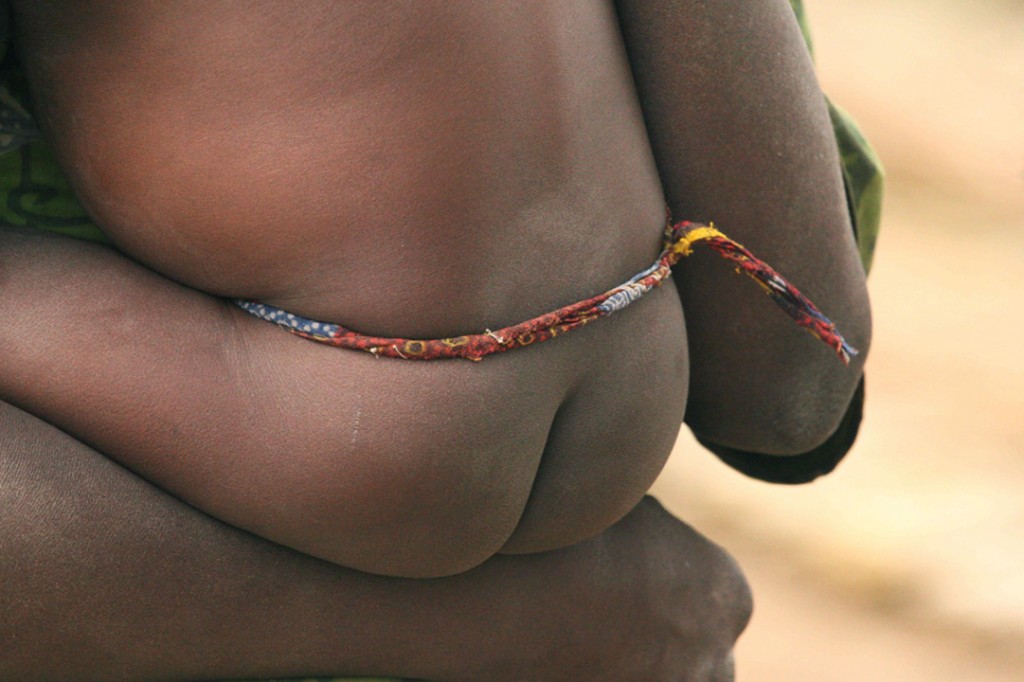 The non-governmental organization Save the Children ranks the West African state of Niger ahead of its annual list which monitors the worst places in the world to be a mother. Summing up statistics from the fields health, education, economic status and nutrition, the crisis-hit country which currently suffers from a regional food shortage replaced Afghanistan in the NGO’s ‘State of the World’s mothers report’.

The food crisis in the Sahel region is threatening lives of million youngsters, according to Save the Children. The report warns that if a mother is “impoverished, overworked, poorly educated and in poor health, she may not be able to feed the baby adequately, with largely irreversible effects.”

We urgently need global leadership on malnutrition that results in key nutrition projects being rolled out for mothers and babies to ensure health and survival. 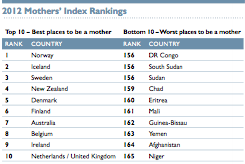 2012 Mother's Index Ranking, Source: Save the Children: State of the World's Mothers 2012

The gap between Norway and Niger is tremendous on the availability and accessibility of mother and child services; In Norway skilled health care workers are present during almost every partum, while health care workers in Niger attend only a third of the given births.

On average 1 of 30 women will die from pregnancy related causes and 1 child out of 7 will die before its fifth birthday, making it likely for mothers in Niger to loose a child.

the Save the Children report shows that wealth is not the sole criterion for a nation’s position in the survey (..) a poor country like Malawi has done significantly better than might have been expected for one key reason: Children are breastfed by their mothers within an hour of their birth and continue to be breastfed for up to two years.

According to own statements, the organization helped 550,000 children to survive the food crisis since 2010, treating 50,000 ‘severely malnourished children’ at the peak of the crisis.