As Portugal is deep in eurozone debt crisis prime minister Pedro Passos Coelho is encouraging investment from Angola, which is boosting the output of its economy in the former colonial power. Observers call on decision-makers in Lisbon to well consider the inflow from Angola, since it also means legal opportunites for money laundering following offical invitation. Angola is one of the most corrupt countries in the world, where an outflow of capital is already leaving behind the poor majority of the people, while the presidential elite is growing rich. 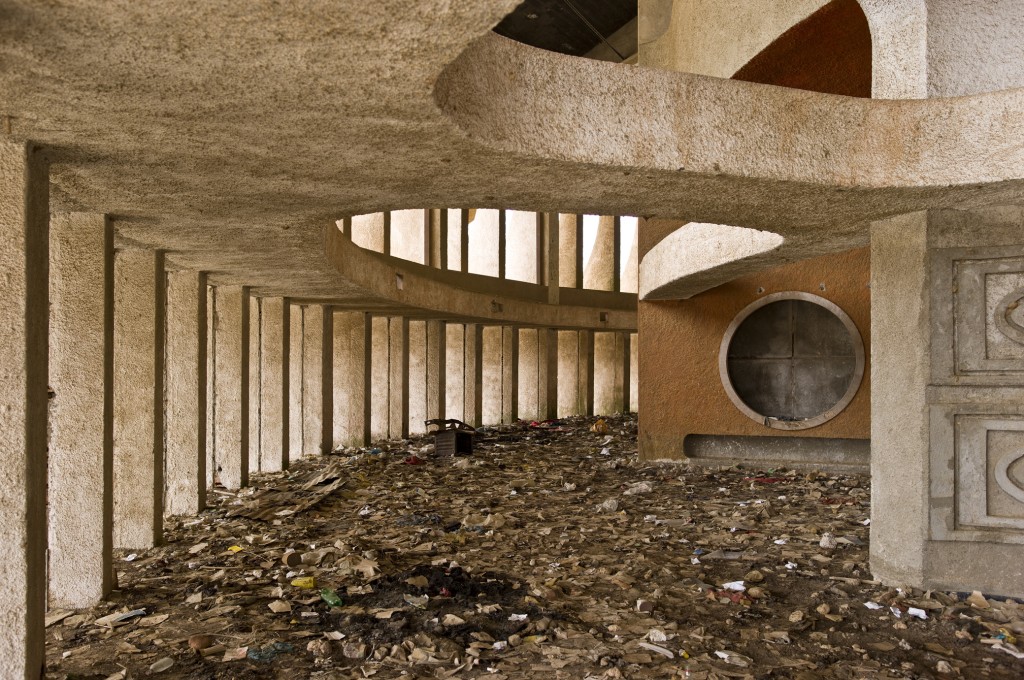 The theatre in the Angolan town of Namibe is abandoned since the end of Portuguese colonial rule in 1975. The building’s neglected condition is symptomatic of the country’s spendings: The profits from Angola’s raw material focused economy are gathered in the hands of a small elite while large parts of the population are in lack of much more than cultural basics. The money missing in Angola might now be invested in Portugal, where public goods are taken into consideration hardly more – Copyright: Alfred Weidinger

If Portuguese officials would not ask the right questions about where the money is from, Angolan anti-corruption campaigner Rafael Marquez said,

they risk Portugal becoming a Laundromat for Angola’s ill-gotten gains.”

Investment from Angola is supposed to help relax the deficit of Portugal, where schools and public goods are drastically cut as a result of the country’s indeptedness. Also Angola is – after more than 30 years of war – officially still indepted, in 2009 with more than 20 percent of its GDP. 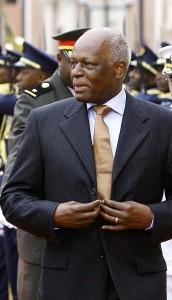 Angola is already Portugal’s fourth biggest trading partner and its largest outside the European Union, while Portuguese goods account for nearly one fifth of all Angolan imports. According to a report by the South African Institute of International Affairs (SAIIA) Portugal’s recent investment in Angola is mainly concentrated on the banking sector. In 2010 all major Portuguese banks – including Caixa Geral de Depósitos, Santander Totta, Banco Português de Investimento (BPI) Banco Espírito Santo and Banco Comercial Português (BCP) held a minority or joint-venture operation in Angola.

Foreign Direct Investment (FDI) from Angola in Portugal stood at $116 million in 2009, compared to $1.6 million in 2002. According to UN data Angola exports more than half of its goods and services. Its current expansion of exports to Europe started around 2007. At the same time Angola also seeked investment opportunities from long-time partner Brazil as well as South Corea.

The majority of the Angolan companies willing to invest in Portuguese government bonds is not only somehow linked to Portuguese counter parts for example in the gas and oil industry. The most lucrative companies belong to family members of President dos Santos and other politicians in the top rows.

Meanwhile Portugal paid Angola 65 million euros between 2007 and 2010, officially binding its aid to the conditions of “good governance, participation and democracy as well as sustainable development and the fight against poverty”. In turn Angola’s legislation welcomes – among others – Portuguese FDI. The tax exemptions made by the Angolan government are especially crucial in the gas and oil sector, where cooperations between state run drilling companies and foreign importers are tight. A look at the Angolan Law on Taxation of Petroleum Activities illustrates the whole setting: Emblazoned on the front page is the logo of Luanda based oil company Sanogol.

Following the conditions of the EU for further cash injection, Portugal announced the sale of parts of some state owned companies. Critics warned of a total sell-off. While utility provider Energias de Portugal (EDP) seems out of sale, the latest commitments from Lisbon still offer shares of the national airline TAP and the national grid operator Redes Energeticas Nacionais. President dos Santos in his case had his chief of staff announce that

Rafael Marques’ work against corruption in Angola on the webside MakaAngola