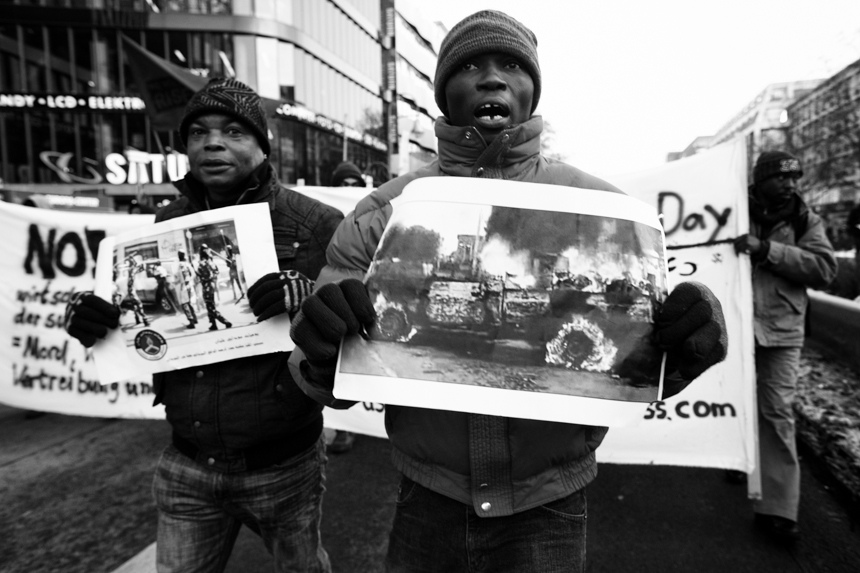 Demonstrators have protested cooperation between Germany and the government of Sudan’s Omar al-Bashir ahead of tomorrow’s conference “Germany – Sudan and South Sudan Business Day”.

During a rallye on Saturday, demonstrators called on German officials to cut ties with the Khartoum based government, reminding decision makers that Sudan President al-Bashir is wanted by the International Crime Court (ICC) for alleged war crimes in Darfur.

After being called-off following the storming of the German embassy by protesters in Khartoum last year, the conference is due to be held tomorrow in Berlin. German Minister of Forgeign Affairs, Guido Westerwelle, welcomes his counterparts from Sudan and South Sudan. High-ranking delegations from the fields of mining, oil and other economic sectors from both countries are expected to attend the business day in Berlin.

Germany is one of the few European countries remaining on good ties with Sudan. Most Western powers continue to shun Sudan due to a U.S trade embargo and the country’s worsening human rights record. Last year, Norway and Turkey both cancelled similar events after the United States refused to attend.

In a comment for Sudan Tribune, Eric Reeves confronts Germany with the facts from Sudan. Not only is the situation in Darfur far from peaceful, al-Bashir’s National Islamic Front continues war in other parts of the country:

Does the German government imagine that this regime has rehabilitated itself? Given what is happening throughout Darfur, Blue Nile, the Nuba Mountains, Abyei, what possible evidence can there be for such change? What grounds are there for believing that development and investment assistance won’t simply provide Khartoum’s génocidaires with a firmer grim on power, power that is in fact slipping away amidst the current economic crisis as popular unrest grows throughout the country?”