The annual Invisible Borders Road Trip embodies everything that this organisation is about: movement. The collective of artists from all kinds of persuasions begins the adventure from Lagos this June, and in previous editions have travelled to Bamako, Addis Ababa, Libreville and Dakar exploring the continent not only through a camera lens, as was the initial concept founded by artistic director Emeka Okereke, but through the fluidity and openness of creative exchange. The artists are in a constant state of movement – physically, but also in the way they approach the road trip. They are constantly learning and growing from the experiences they share with each other and with the everyday lives of people they encounter.

by Corinne Appadoo for Invisible Borders

Invisible Borders began as a Nigerian collective of photographers wishing to explore African art and effect change in society. Since then it has grown into a transnational organisation, uniting people from all over the world, regardless of borders. Ever ambitious, the collective has achieved great strides through their sense of purpose; it is perhaps this ambitious curiosity that inspires them and the individuals who connect with them. Each year the road trip is different, but this year is on another level. The motley crew of photographers, writers, performance artists, painters and not to mention the TV crew will visit 21 countries through Africa and Europe in the space of 151 days, finishing the trip in Sarajevo, Bosnia. They will be joined by a range of guest participants at points along the way including art historians and journalists to name a few, who will enrich and stimulate the journey.

Crossing this many borders, managing this many visas can’t be an easy feat but they are up to the challenge. A greater challenge than other road trips, this year’s might throw into sharper focus the contention between borders and movement that the collective is so concerned with. The last yet strongest barrier between peoples, borders serve to inflame conflict, to divide and to arm us, but the road trip dissolves borders and travels above and beyond their restrictions to bolster the oneness that we share as global citizens. 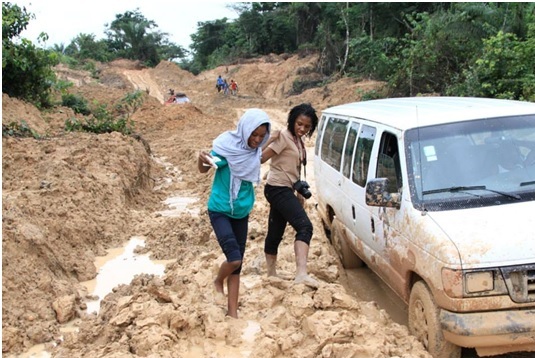 Or not – sometimes the disputes that the convoy meets at borders can display the harsh reality of the restrictions they have on us. Either way the road trip is an open, malleable and flexible tool to explore and unpick movement. Coming to Europe with a truck-load of talent is a unique way to spread the message of Invisible Borders even further. The collective is dedicated to appreciating African art and to portraying the reality of contemporary Africa; its vitality, its richness, its dynamism. Through its mere existence the Road Trip rejects any simplified or tidy notions about Africa. As Okereke puts it – it rather serves to ‘’complicate’’ the depiction of Africa, to dispel the minimalist mirage that has been impressed upon such a diverse continent.

Over the years the road trip has developed enormously. The artists each year find something new in the connections they make, both with each other and with the new people they encounter in each location. The road trip tries to affect the everyday space and everyday people through their work; this year’s trip sees the artists engaging in site-specific interventions to push their artistic outcomes and relationships to new levels. Now, the artists find their practices to be inextricably connected, as they work on a plane that is different to any other kind of practice available to an artist. They live and work on the move, and the constant motion inspires new levels of creativity.

In this way the Road Trip has a subtle yet potent impact on the world. The more people experience the road trip the stronger its story becomes, and in this age of communication-technology its impact is even more widespread, with the outcomes of the road trip touching people’s lives across continents. Borders are in a state of panic, with world politics adding pressure to their necessity when in reality they are diminishing in importance, being replaced by obscure lines of connections running across the whole globe. Invisible Borders runs along these lines and the road trip generates even more pathways for creation, expression and connection.

Part of the beauty of the Road Trip is its real time documentation. The artists not only document their experience through their artwork but with blogging, videos, and photos of the journey that are accessible to the world. This extends the reach of the road trip, thanks to the internet, and also allows it the freedom to be a shared experience. As the artists collide with the contention between movement and borders people can feel this experience even if they aren’t physically a part of it. So through a unique combination of creation, storytelling, and the wonders of technology Invisible Borders is able to captivate the world audience and hopefully inspire comments and conversation about the undeniable realities they refuse to ignore.

The most important thing to know about Invisible Borders is that despite the name, they want to be discovered, and they make it easy for you through the accessibility of the trip. So be inspired and get involved; visit their facebook and their fundraising page, there’s a lot to see, you don’t want to miss this year’s trip. 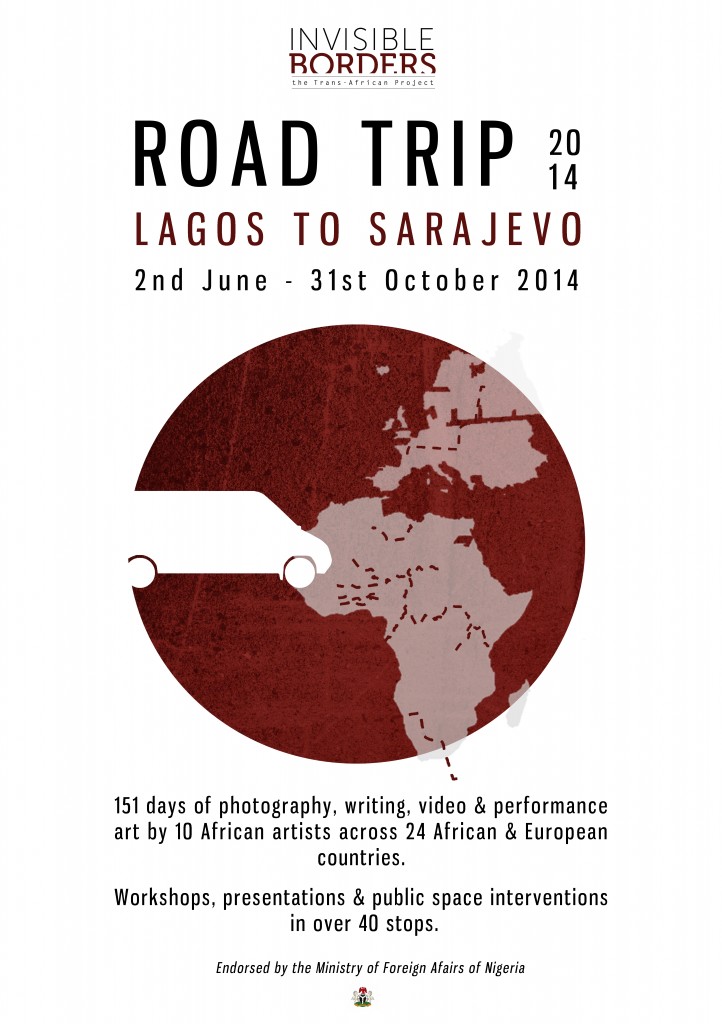