Running on Money Shortage – The Paralympic Sports in Malawi 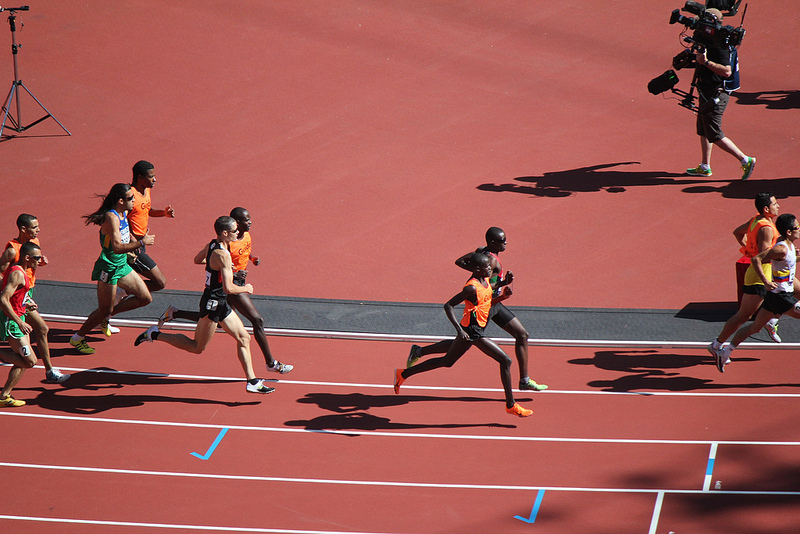 Athletes at the 2012 Paralympics in London © moleitau

Most people know Malawi because of the famous Lake, which covers nearly a third of the country. But few know that this country, where more than half of the population earns less than two Dollars per day, has a very ambitious Paralympic Committee (MPC) that is trying to build up this movement from scrap with no means. It was going to take part in this year’s Paralympic Games, but unfortunately promised funds that were never transferred forced them to withdraw just a week before the games.

It is a late Monday afternoon, the market on the streets is starting to close and all the workers from town are heading home. One of them is Juma. A. Kandawire, who is coming back from his business, 25 acres land that workers cultivate for him. He is a man in his late 30s whose constant smile covers up the hardships he has been facing. He is also the president of the newly formed MPC and like everyone else there a volunteer.

Straight after the game young athlete Witness wants to rush to town. He has just received his prize money of 20,000 MK for winning two national level competitions. Thus qualifying for the Paralympics! Now the 18 year old orphan wants to buy a new blanket and a new Chintenche (traditional fabric) for his grandmother. He is regarded as a hero in his village as he has reached economic independence through sports! Since the MPC can’t afford to coach the athletes professionally his friends or relatives guide him whenever they have spare time.

Juma Kandawire was one of the founding fathers of the Federation of Disability Organisations and became later a regional chairman for the newly formed Disability Sports Association (MADISA) in the central region of Malawi. This is even more remarkable as the ‘Warm Heart of Africa’, – as Malawi is called affectionately, generally lacks understanding and commitment towards handicapped people. The

Nevertheless, he has never been someone who would give up easily. At the age of 13 he came down with an unknown disease, which caused severe leg and back pain. It deteriorated at lightning speed and within one month he could no longer walk. The doctors in Malawi and South Africa were at their wit`s end. Young Juma couldn’t attend class for 3 years and he had to abstain from his favourite pastime: Football. But his parents motivated him to accept the challenge. His mother would soak his clothes in water and ask him to wash them himself. Realising that he was not without means made him the fighter he is now.

The news came in just shortly before the games, Witness won’t be able to travel. His partially blindness makes him category F13, but now only fully blind athletes are allowed to take the ‘free’ slots dedicated to Malawi, since they didn’t take part at any official IPC competitions. Luckily for Malawi two new athletes were quickly found and approved off. Their flight tickets and accommodation was paid for by LOCOG, for small expenditures in Malawi the MPC even received some money from London and the Rotary Club. So Juma met the Minister of Sports and the Minister of Disabilities, both pledged their full support. The Ministry of Sports even committed itself to 3.000.000MK (8500€) to pay for the tickets and accommodation of the coach, doctor and the president. But this money never arrived.

The only solution was to send only the athletes and their guides, but this was not approved by the government, since that would harm the image of Malawi and because of the safety of the athletes. “We lost our hearts” the frustated Mr. Kandawire explains. The entire MPC was devastated. It is not only a major setback for this young organisation but the athletes who were going to take part at an international competition for the first time were heartbroken too. It took a lot of courage for Juma to be able to approach the athletes and inform them.

Though absent, the MPC was given their certificate of Membership just last year by the IPC Conference in Beijing. The first District Committees grew from being non-existent to local level paralympic flagships. They were supposed to make the Paralympics known, get schools involved and built up the best of the athletes. However, the chronic lack of funding, -currently the MPC receives 500,000MK (appx.1,500€) – limits the team significantly. Thus, many people and institutions don’t know that there is something like the Paralympics. Even special needs schools remain uninformed.

The entire MPC saw big potential in the upcoming games to help spread the Paralympics in Malawi. “In Malawi sport relies on the corporate world, no company has sponsored minority sports. Because they focus on advertisement” a local sports journalist explains.

Sports are politics in Malawi. An administrator from the Sport Council gives details on how the governmental funding for sport is distributed: Members of Parliament make themselves popular in their District by financing small cups, of course only for football.

Now the MPC has to fight with the Ministry of Sports for two reasons. After pulling out , many international and local newspapers contacted Juma to demand an explanation for the late withdrawal. Blaming the Ministry of Sports, who failed to come up with the remaining money, cast a damning light on the ministry, therefore Juma had to justify why he contacted the press.
The other reason is that LOCOG wants back their 4895 £ which they transferred for the air tickets. But because of the exchange rates and bank fees there is now a difference of 300.000MK (850€) that the now fund-less MPC has to come up with.

Other countries in the region like Botswana have a successfully established Paralympic Committees with a representative at the Board of the Sports Council. It is a matter of hard continuous work and generous funding. But there is a lot to look forward to.:In late October two athletes are going to go to Japan for a wheelchair marathon and this time everything is being covered by the organisers. Mr. Juma sums up that

“we shouldn’t let this make us lose our confidence in building up the Paralympics in Malawi!”