Senegal to mandate Sea Shepherd mission off its coastline

Since a couple of days, the globally active marine conservation society Sea Shepherd patrols off the Senegalese coast  in order to contribute its part to the country’s fight against Illegal, Unreported and Unregulated (IUU) fishing. Under the name “Operation Sunu Gaal” the activists assists the government with a ship, fuel, and crew for so-called law enforcement patrols.

With this operation, the activists do not only play an important role in official efforts and operations of a government but also get the chance to introduce a fifth ship to their current fleet. Sea Shepherd says the name The Jairo Mora Sandoval derives from the in May 2013 in Costa Rica murdered activist Jairo Mora Sandoval. According to Sea Shepherd founder Paul Watson, this is a symbolic act of naming the ship after the activist: 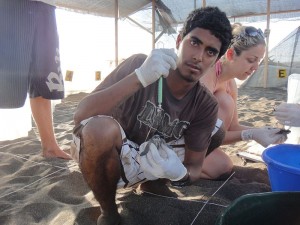 When I heard of the murder of 26 year-old Costa Rican sea-turtle conservationist Jairo Mora Sandoval, I was saddened beyond measure. And then I became angry. Angry because it happened despite Jairo expressing concerns for his safety to the police and the government. Angry because the government did not react, angry because we had to pressure the government to act and angry that the poachers continue to desecrate and plunder the nests of the turtles. I also vowed that the name Jairo Mora Sandoval would not be forgotten and towards this end I decided that we would name a vessel after Jairo. We have done so and now, The Jairo Mora Sandoval will begin anti-poaching operations off the coast of West Africa under the direction of the Government of Senegal.

Interestingly, governments around the globe have so far not openly sympathized with Sea Shepherd campaigns. In contrast, the Senegalese administration now officially welcomes the activists’ presence off the country’s over seven hundred kilometers of coastline. 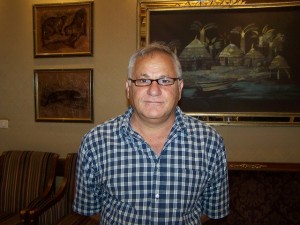 I want that through Sea Shepherd’s presence here in Senegal, the whole world become aware of what is happening in my country. Our marine’s resources are being looted by illegal fishing fleets[..] If I called for Sea shepherd’s assistance, it is because they go beyond theory and talks, they actually take action.