Show me your bike and tell me who you are

Bicycles are rare in South Africa. Now two cycling fanatics set themselves to convince their fellow citizens of the bike’s values. In doing so, a unique portrait of society has been created.

At the beginning Stan Engelbrecht and Nic Grobler posed the question why so few people in South Africa actually made their ways pedaling.

While bicycles are quite common in rural areas, where public transport is scarce and distances are long, you can have a hard time finding one in the cities. Certainly there are many reasons to draw on the good old two-wheeled steed. A maverick survey on South African mobility behaviour seemed overdue.

Independent mobility instead of spending long hours in the traffic jam

Already taking a look at the daily traffic chaos in the city centers of Johannesburg or Cape Town could make you grab a bike. While mini busses creep through town during rush hour time, Engelbrecht and Grobler move comfortably on their bikes, let alone environmental aspects.

Slowly we became interested in why so few choose to ride in a country where it makes such absolute sense to do so”, is how Engelbrecht puts the initial question to their project.

At some point Engelbrecht and Grobler came up with the idea of reviving their homeland’s gaunt cycling scene. Their aim was to warm up their fellow citizens to bikes.

Engelbrecht emphasizes that especially for the poor a bike is a rewarding alternative, even more in times of increasing gas prices. Yet not everybody in South Africa can afford such an investment. This is certainly an argument but from the very beginning Engelbrecht and Grobler shared the vision of a cycling society apart from social hierarchies:

Looking at individuals through their, sometimes unconscious, involvement in bicycle culture, we will inadvertently touch on many charged issues like the implementation of public space, lack of infrastructure development and also social problems like class division and unequal wealth distribution, but also perhaps bring those unfamiliar to each other together in their love for a simple thing…”

In reality though, they faced a contrary development:

We’ve noticed that as our major centers develop there still seems to be a trend to make cities more friendly for cars, not people.”

In order to convince notorious bike refuseniks of the benefits their wheels hold, Engelbrecht and Grobler started taking pictures of other enthusiastic cyclists around the country. Using their own bikes they toured South Africa for more than 6.000 kilometers documenting all types of cyclists. Their various encounters were captured in over 500 photos.

Even 82-year-old Stephanie Baker is convinced of her bike: ”I’m limited to about a kilometer in view of my age, and I use it, well, certainly every other day… about a kilometer uphill in Pretorius street. I keep on the pavements, they’re in a terrible state with chunks missing, but cycling is awfully good for public relations. I know the area’s cleaners at the flats on my way to church – I get a greeting from them.”

In this way a unique portrait of the South African society emerged. On their constantly updated website the two introduce dozens of people, who move on two wheels every day without the aid of an engine. The fun in cycling definitely is to the fore of the accompanying texts. While many people like Eric Mapheela commute between work and home daily, for others like Wouter Coetzer their morning ride al fresco combines the practical benefit with childhood memories.

Engelbrecht and Grobler are convinced that biking is more than just a cost-effective alternative to cars and overcrowded busses. In the long run they want to bring change to transport policy. Fair conditions for all road users, they say, are a necessity for social equality:

Owning a bicycle in this social climate can be very empowering, if the correct infrastructure exists.“

Until one day their aim might become true, you can take a look on their Bicycle Portraits online. Engelbrecht wants to make their project a book. With the aid of donors first of all the costs for printing and design shall be retaken. Profits then will be invested in local biking centres, training or equipment like helmets. 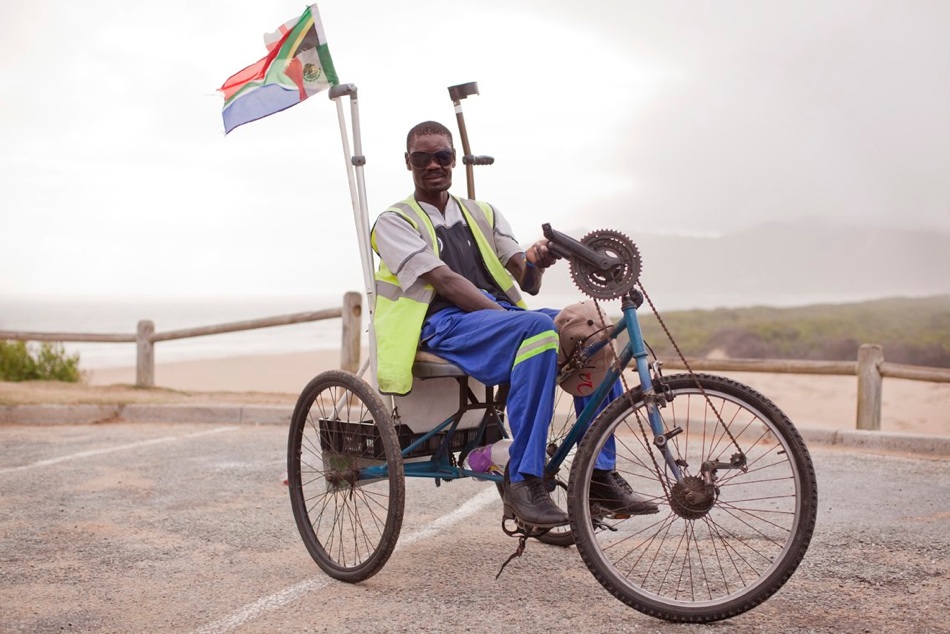 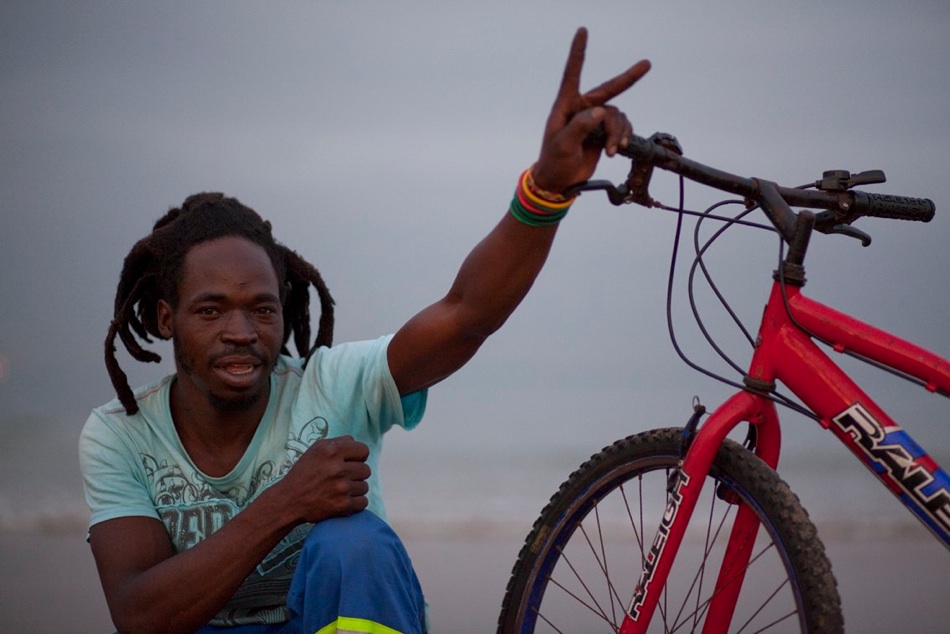