With its more than 2500 km long coastline, South Africa has got a huge maritime area off its shores. While it already had a number of Marine Protected Areas (MPAs) such as the Bird Island Marine Protected Area at Western Cape, South Africa’s Minister of Water and Environmental Affairs Mrs BEE Molewa, finally declared the Prince Edward Islands a MPA as well. With that South Africa gains its first offshore MPA and contributes its part to global efforts for the protection of species and environmental conservation, particularly in the oceans.

The Prince Edward Islands MPA is a significant contribution to the conservation of global biodiversity. The new MPA will also contribute significantly towards South Africa’s national and international commitments to biodiversity protection.” 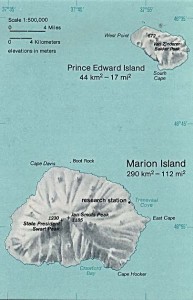 The Prince Edward Islands are located in the sub-antarctic Ocean and are integral part of the Republic of South Africa. They consist of two islands, which are called Marion Island and Prince Edward Island. They are both part of the Southern Indian Ocean Islands tundra ecoregion and are the habitat for many seabirds, seals and penguins. These last mentioned seals and penguins are the main prey for many orcas, which are passing the islands frequently.

These species and the cold waters surrounding the islands contribute their part to an enormously important and species rich ecosystem, which more and more faces increasing external influences such as water pollution or the rise in water temperature. For those reasons, the South African government now declared the maritime area around the islands to become a MPA. According to AllAfrica, it will comprise of three types of zones: A 12 nautical mile sanctuary, four restricted zones in which fishing will be limited and a controlled zone linking the four restricted zones. All these efforts are put together in the MPA in order to ensure the conservation of the above mentioned species of seals, seabirds, whales and the stocks of toothfish.

According to Mrs. Molewa

the new MPA is intended, among other things, to contribute to the protection of unique species, habitats and ecosystem processes. It will also provide scientific reference points that can inform the future management of the area and to be able to understand better the impacts of climate change on the whole Southern Ocean. It will also contribute to integrated and ecologically sustainable management of marine resources of the area.” 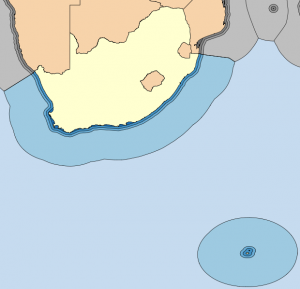