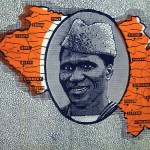 In an article on siliconafrica.com editor Mawuna Koutonin draws attention to remarkable aspects of the post-colonial relations between France and several African countries.

At this very moment I’m writing this article, 14 african countries are obliged by France, trough a colonial pact, to put 85% of their foreign reserve into France central bank under French minister of Finance control. Until now, 2014, Togo and about 13 other african countries still have to pay colonial debt to France.” (Mawuna Remarque Koutonin, 2014, SiliconAfrica.com)

Further details on amounts and terms of payment are announced as Koutonin recounts the circumstances of former french colonies becoming independent in the late 1950ies. Starting with Guinea and the french-guinean break-up triggered off by president Ahmed Sékou Touré Koutonin follows historic events and names like Modiba Keita in Mali and Sylvanus Olympio in Togo.

During that “turbulent period of African fighting to liberate themselves from European colonization”, France would – as Koutonin claims – “repeatedly use many ex Foreign legionnaires to carry out coups against elected presidents”.

Koutonin describes France as “severely addicted to looting and exploitation of Africa  since the time of slavery.” As he further points out french foreign politics in Africa are still limited by “this complete lack of creativity and imagination of french elite to think beyond the past and tradition.”

Read the full article on SiliconAfrica.com: “African Countries Forced by France to Pay Colonial Tax For the Benefits of Slavery and Colonization“

Mawuna Koutonin on Twitter: “Making Africa the Best place on Earth to live and Die!“