Taking a Leaf out of Professional Sports: Malawi Bawo Talent 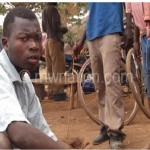 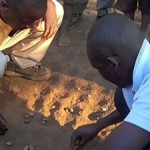 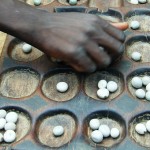 20 year old Funsani Kwanki from Chiru Village in Malawi’s capital city, Lilongwe, is gaining fame for his bawo prowess. To date, Kwanji has not lost a bawo competition, or game, since taking up the traditional board game eight years ago.

According to Kwanji, the extent of his talent came to light after dropping out of school in his final year of primary school (standard due to lack of funds. He has since turned his talent and love for the game into a profession noting that,

Nowadays any sport or game is economically profitable. In the past people focussed on football as the only profitable sport but now we see that people can be good at other sports and games and gain from that.

The major professional sports in Malawi are football and netball with most other sports attracting fewer participants and lower levels of private sector and government sponsorship because of high equipment costs. Chess is currently the only boardgame with competitions at national-level. It remains to be seen whether bawo, a traditional game played widely as a hobby in this region of Africa will share the limelight with football and netball in terms of sponsorship.

From his earnings at local competitions, Kwanji maintains a commercial vegetable garden and hopes to save enough from his income to return to school.