The families know it for certain: Chris and Franco killed in Nigeria

Last May British construction worker Chris McManus and his Italian colleague Franco Lamolinara were captured in Nigeria’s Birnin Kebbi. Since then they had been held as hostages by “terrorists”. Behind the scenes the British government put a lot of effort in rescuing both kidnapped Europeans. It worked hand in hand with the Nigeria’s government of Jonathan Goodluck. Because of fears the hostages’ lives could be in serious danger, Nigerian Special Forces tracked the kidnappers and started a rescue mission, backed by the UK. But the rescue came too late. The extremists had already killed the two men before the Special Forces could reach and rescue them.
UK Prime Minister David Cameron said in a press conference:

Our first thoughts must be with Chris’ and Franco’s families. 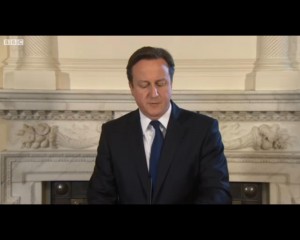 Watch the report of Al Jazeera:

The Guardian Nigeria: “Shock as European hostages are killed in Birnin Kebbi“

The Guardian: “Kidnapped Briton killed in Nigeria as PM sends in special forces”