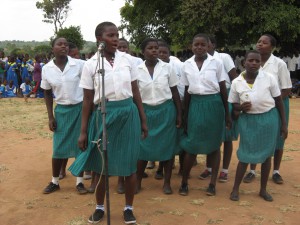 The Malawi parliament recently passed the much awaited Marriage, Divorce and Family Relations Bill.Among others,the bill seeks to ensure that unlike the present situation,Malawi has one law that applies to different types of marriages that exist in the country,thus the enactment of the bill will repeal several outdated laws related to marriage,divorce and maintenance that are scattered across several Acts.

One of the laws that many expected the amended bill to repeal is the ambiguity involving the marriage age.No wonder child rights activists have been pushing for the bill to be passed believing it will help in the fight against child marriages.

The Malawi Constitution in section 22 sets 18 years as the minimum age without consent, and persons between 15 and 18 may be married with parental consent making it legal for children as young as 15 years old to enter into marriage.

However,the common law Marriage Act sets 21 as the minimum age for marriage but the provisions in this Act have not been popular as those in the constitution which is the primary law of the country.

With the Constitution allowing 15 years as the legal marriage age upon consent, Malawi has become one of the countries in the world with the highest rate of child marriages currently estimated at 52 percent.

Some parents and guardians have been taking advantage of a provision in the Constitution that gives them power to consent marriage for their children between 15 and 18 by forcing their children,girls to be specific into early marriages against their (children) wishes.

Poverty has been a leading factor in girls being married off very young in order to improve a family’s financial status through payment of dowry and financial assistance from men that have married the young girls to the family.

Calls have been made to come up with legal provisions that might stop child marriages in the country and the amended bill was believed that it will address the issue of child and early marriages.

However,while expectations were high that the amended Marriage,Divorce and Family Relations Bill will help,the bill does not even attempt to address the issue and the only hope remaining for young girls in the country has been dashed with the passing of this bill.

This suggests that though the proposed marriage age is now 18,it is not a tight minimum age since the lower age of marriage with consent under the Constitution still applies,thus the bill does not in anyway offer hope in ending child marriages.

Children can at times make very difficult decisions because of limited choices and given that parents still have powers to consent marriage for their children between 15 and 18,it is possible that they will continue taking advantage of these powers to manipulate their children and make decisions that are not in the best interest of children.

Since the bill was passed it has received both positive and negative reviews from child rights activists,traditional leaders,girls themselves and legal experts.

Country Director for EveryChild Malawi,a child rights organisation,while commending the passing of the bill warned that there is need for more actions as the bill on its own cannot end child marriages.

“Having a bill in place with the proposed marriage age at 18 is a good development and it shows commitment.However, there is need to look into issues that are encouraging parents and guardians to force their children into early marriages like poverty,” Mughogho said.

Traditional leaders who in the absence of the amended bill formulated by-laws with 21 as the minimum marriage age are unhappy with the new law and they suggest the legal age of marriage should be higher.

“In fact,as chiefs we are advocating for 21 years because we thought 21 years will be more ideal. the girl child would have grown well and by the time she is 21, she should have finished her secondary school level of education, so we are looking along those lines,” Traditional Authority Chowe,of Malawi’s southern district of Mangochi was recently quoted in the media.

Girls themselves have expressed their dissatisfaction with the bill.One of the girls Thandi Kalima says at 18,only few girls could have finished school and at that age they are not mature enough to make informed and independent decisions.

“18 is still too early for most Malawian girls simply because at that age they are still young and can’t be able to make independent decisions.I suggest that the marriage age should be put above 20 because by then girls can be able to decide and think what they can do in life,” Kalima said.

Legal experts say the parliament rushed in passing the amended bill before changing the constitutional provision that stipulates young people between 15 and 18 may marry upon parental consent.

Some commentators are calling on President Peter Mutharika not to assent on the new bill until the Malawi Constitution is revised.

As it stands,the talk of ending child marriages in the country is far from being achieved.

View all articles by Kelvin Tembo