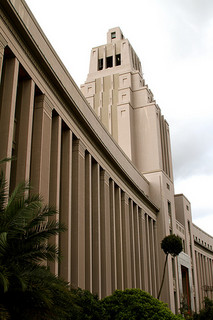 A storm of controversy has been unleashed at The University of Kwazulu Natal, © Linh Do

What some see as “apartheid in reverse”

The University of KwaZulu Natal’s recently announced language policy, which will require undergraduates to take the indigenous IsiZulu, has unleashed a storm of controversy.

While the University of Kwazulu Natal describes its new language policy as promotion of “bilingualism” to increase mutual intelligibility among different people in its multi-cultured and diverse province, some commentators have interpreted the policy as “apartheid in reverse.”

The recently announced language policy of the University of Kwazulu Natal, will enforce the indigenous Isizulu language as a compulsory course to be completed by all undergraduate students regardless of their study fields, starting from the first year students of 2014. The university’s staff members are also expected develop communication competence in isiZulu, through isiZulu courses that will be provided by the University for Staff members. This will allow mutual intelligibility between students and staff members of different cultures, nations and races.

Preceding this language policy is the similar Stellenbosch University’s language policy, which grants students a choice to be either taught in English or Afrikaans, as opposed to a particular language imposed to students and staff members.

Language and Education has long been a politically-charged issue in South Africa. The Soweto Uprising of 16 June 1976 is the precursor of language and education controversies in South Africa, where high school students protested in rebellion of being coercively taught in Afrikaans under Bantu Education. Hundreds of young people lost their lives in this catastrophic event.

The majority (if not all) of students who took part in the Soweto Uprising were Africans, whom neither English nor Afrikaans were their mother tongues, but preferred to learn and be taught in English, as they saw English as a lingua Franca necessary for the mutual intelligibility of different language speakers.

The eager to reach mutual intelligibility among the diverse South Africans has always been one dimensional. Where the majority whose mother tongues were not English or Afrikaans had to develop communication competence in either Afrikaans or English for them to be comprehensible. No real initiative came from the other group whose mother tongues are English or Afrikaans to learn the indigenous languages like isiXhosa or isiZulu.

argued Monica Mkhwanazi, a student from the University of Western Cape.

This new language policy of the University of KwaZulu Natal takes a different curve and is a great transformation for South Africa,

The University of KwaZulu Natal has stated that, although English will still remain the main language of learning and teaching at the university, Communication competence in Isizulu will help both students and staff members to communicate better in school and in their future careers.

UKZN is proud it is the first South African institution of higher learning to make bilingualism a compulsory requirement for undergraduates and thus contribute to providing the country’s young professionals with vital communication skills,

said Prof Renuka Vithal, deputy vice-chancellor of teaching and learning and chair of the UKZN Language Board as quoted in Berea Mail.

However some has interpreted this as “Apartheid in reverse”, and as violating certain rights of South African students.

Mr Vee Gani, the Chairman of the South Durban region of the KZN Parents’ Association compares this language policy to the 1976 Soweto Uprising, where students rebelled against being coercively taught in Afrikaans.

He was quoted saying in Daily News,

If you look at this, it is exactly the same thing, just that it is now Zulu. The university is trying to do the very same thing many children died fighting for, having a language forced on you,

…We have a democratic constitution which allows people the freedom of choice. This should be an individual’s choice, and it is not up to the university to decide for people.