Was Bingu wa Mutharika’s Death a Fulfillment of ‘Prophecy’? 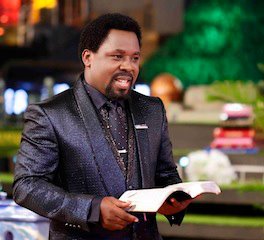 On   5 February 2012, Nigerian leader of the Synagogue Church of All Nations Temitope Balogun Joshua (popularly known as T.B. Joshua) announced :

“April. What I’m seeing on the board, I cannot stand here and begin to tell you…this April this is what is going to happen, but I’m praying. When it’s too close and I cannot do anything about it I will say it, but I’m still talking to Father. But if I realise there is nothing I can do about it, and it is too close, I will talk. Whatever name you call me, call me. I will talk. We should pray for one African Head of State, when I say President, against the sickness that will take life, sudden death. Sickness for a long time, being kept in the body for a long time. God showed me the country and the place.”

The announcement was quickly dubbed a ‘prophecy’ particularly within religious circles.  This sparked speculation in African mass media and on social networking cites which was heightened when T.B. Joshua repeated the statement on 1 April 2012.

Three names that popped up increasingly amidst the speculations were those of Robert Mugabe of Zimbabwe, Bingu wa Mutharika of Malawi and Michael Sata of Zambia.
Bingu wa Mutharika died within the ‘predicted’ month of April leading to another flurry of speculation that this is a modern-day prophecy come true.  T.B. Joshua himself has come forward with claims that wa Mutharika had acknowledged the ‘prophecy’ as one directed at him.

It has become apparent, however, that T.B. Joshua has given audience to a number of African leaders including wa Mutharika’s successor, Joyce Banda.  It therefore remains to be seen with time whether his utterances are a result of gaining confidential information as a result of his close relationships with Africa’s powerful figures rather than prophetic knowledge.