What is the outcome of the presidential election in Liberia?

After the end of the civil war in 2003 the second presidential election was held in Liberia yesterday. Independent observers talk about successful and peaceful elections.

I feel so good for the Liberian people, they have demonstrated a certain level of political maturity. – Ellen Johnson Sirleaf - 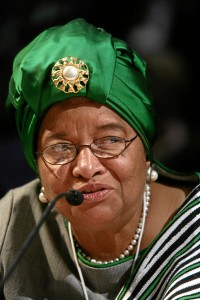 The present election in Liberia is the first one the country organized itself. This year Liberia’s National Elections Commission was in charge of the election whereas it was the United Nations in 2005 which observed and basically organized the process of the election.

While about 8.000 soldiers from the United Nations are currently present in Liberia to prevent any violence, many people are still afraid of riots if certain candidates for instance would not accept the results of the election. There is still a lot of fear among the people and observers that the country could end up in a chaotic situation as before 2003 when violence ruled the daily life.

The National Elections Commission for itself expects to get a first result of the election on Thursday.