Kenya’s “MaVultures” in the pillory 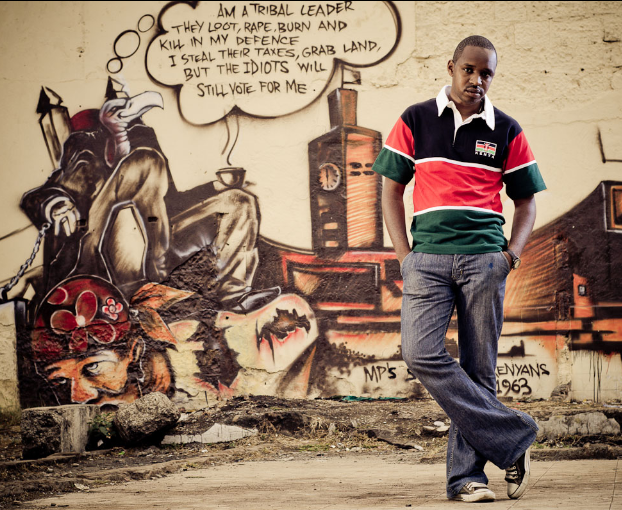 A website that reveals corruption and other scandals among high-ranking Kenyan politicians has become one of the country’s most-visited addresses ahead of the 2013 elections.

MaVulture.com, which means big or many vultures in English-soaked Swahili slang Sheng, publishes alleged wrongdoings of Kenya’s political class. Since its launch on November 13, the latest project by Nairobi based activist Boniface Mwangi has become one of Kenya’s most popular websites. With Kenya’s general elections ahead in March, MaVulture so far features profiles of 17 politicians.

Among them are prominent figures like Uhuru Kenyatta, the son of Kenya’s first president, a current presidential candidate, and also one of the men wanted by the International Criminal Court for crimes against humanity during the 2007 post-election violence.

Financed by anonymous doners, MaVulture exposes money laundering, land grabbing, drug trafficking and murder, to name only a a few of the accusations. Aside from articles, the site includes videos, infographics on each politician and Wild-West-style wanted posters available for download. Also stencils are available for download.

29 year-old Mwangi, a freelance photographer twice awarded CNN’s Mohamed Amin Photography Award, is best known for his political graffiti murals around Nairobi and his photographic exhibitions that documented the violent aftermath of the 2007 presidential elections. He is also member of the activist group Pawa254 (with 254 being the Eastern African nation’s country code and pawa standing for “power”). Mwangi states:

We’re going to put online the records of every person involved in the government, every corruption case they’ve been in, and every accusation about them. […]

So when you go to vote you’ll have this platform to have an informed perspective. We have grand-scale corruption in this country, and the same guys involved in the corruption have been for the past 49 years. So we can compare them and us. When they say, ‘we are together’, we will see that we are not together. Our kids don’t go to foreign schools, and we don’t have villas in the United Kingdom.” 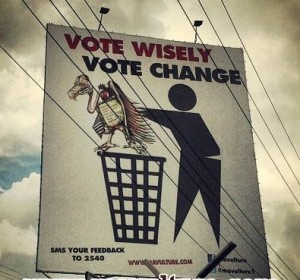 In June, Mwangi led a rally that carried 49 black coffins to the Kenyan parliament while PMs were in session. Each coffin was to represent one year that politicians have enjoyed impunity since Kenya’s independence in 1963. Activists labeled all coffins with a political scandal and stenciled “Bury the vulture with your vote” on them.

Read a portrait of Boniface Mwangi and Nairobi’s revolutionary graffiti scene in The Guardian.