This is the irony of being Kenyan. That we call ourselves a nation fighting terror for the sake of national security and at the same time endorse a national policy of ethnic profiling that targets one community and makes them live in perpetual insecurity. 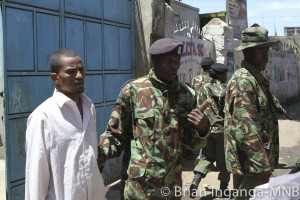 There is a damnat ion that accompanies a history such as ours, where for 50 odd years we as a country internalized our bigotry and visited endless conflict on one ethnicity simply because they, at one point did not want to belong to Kenya.

It is the rankest irrationality; that we would punish, discriminate, torture, jail and maim people because 50 years ago they voted to secede. We forced them to be a part of Kenya, and yet spend every single day, egging on a government that does not acknowledge their citizenry or rights.

The profiling of Somali ethnic people by the Kenyan government and the Jubilee regime is of the most egregious sort. When 4000 people were arbitrarily arrested and detained for weeks, the entire society watched on with approval. Never mind that the people are innocent, civilians, men, women and children and that not a single person arrested thus far has been charged and convicted with crimes of terror.

Never mind that most of these people were never produced in court, nor was there any justification given for their arrests. Never mind that operation Usalama Watch despite all its recent illegal and unconstitutional activities has not improved security in this country one bit.

I don’t know what security chiefs were told but it looks like they now have the free will to invent operations that are of the most abusive and corrupt nature; “security measures” that mean Police Inspector General David Kimaiyo can wake up one day, utter some nondescript traffic act and make an illegal declaration on personal vehicles and tinted windows.

It’s just so acceptable to all the other ethnicities that those members of the police service and security apparatus, people who are your own tribesmen can and do the most horrendous acts upon unarmed innocent Somali people. 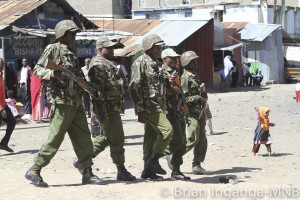 The justification of atrocities committed by in-group members is a psychological phenomenon studied and documented by Alin Coman from the Department of Psychology, Princeton University.

In his abstract, Coman explains that moral disengagement strategies are some of the ways people will rationalize the immoral acts of people they perceive as one of “us”, the in-group. Thus, the recounting of acts by American soldiers (in-group) will be watered down and even ignored by their comrades, while the acts committed by Afghan soldiers (out-group) will be more accurate.
We can see this psychological disengagement in Kenya; where for the better part of this year, the Jubilee government through its security apparatus has propagated a xenophobic doctrine in their claims to be at war with terror.

Its obvious that the completely immoral justification of ethnic and racial profiling has been swallowed whole primarily by ethnic groups that perceived themselves as the winners of the March 2013 elections. In the eyes of some Kenyans, the only people who suffer are non-somali victims of terror attacks – never mind that more Somalis have suffered under both Al-Shabaab and the Kenya government and for longer.

With the blasts that occurred at Gikomba on 16th May, Kenya marked over 100 terror attacks in the past decade with nearly 400 people being killed. It is quite disconcerting that while President Uhuru Kenyatta addressed the nation on the travel advisories and admitted to not having received any security information from the British or US embassies, 10 people lost their lives and 70 others were hospitalized. 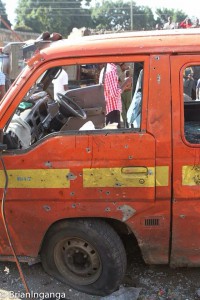 Almost immediately, Moses Kuria a self-styled political analyst rumored to be an adviser to State House creates an inflammatory post on social media that contained a thinly-veiled threat of repercussions.

I think its just a matter of time before Kenyans start violence against PERCEIVED terrorists, their sympathizers, their financiers and those issuing travel advisories without sharing intelligence. I am not sure I will not be one of those Kenyans. When you touch Gikomba the nerve centre of our economic enterprise you really cross the line. Brace yourself. Choices have consequences.”

The sort of irrational hate mongering that fills the post beggars’ belief. We still don’t know who was behind the blasts at Gikomba, nor do we know what their ethnicity is. But it is clear that in line with the current Jubilee regime’s ethnic profiling that Moses Kuria implied Somali people; the only ones who thus far have been PERCEIVED as terrorists and suspects by government.

We have gone from fighting a war on terror, to fighting a war on perceived terrorists, forgetting that our perceptions of each other are massively tainted by our tribal bigotry and a history that is a curse upon the various marginalized communities in Kenya. Jubilee pledged to unite the country through its national policies, but thus far has engaged itself in doing the exact opposite, and its supporters justify atrocities simply because they perceive Jubilee leadership to be from their own tribe.

This article was first published at the author’s blog. 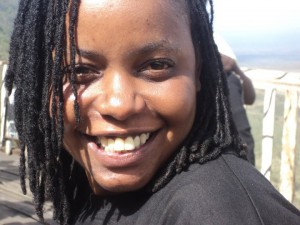 Betty Waitherero is a journalist, writer and producer for television working with Journalists For Justice, based in Nairobi, that seeks to promote accurate and impactful coverage of international criminal justice stories and victims of violence in the mass media.